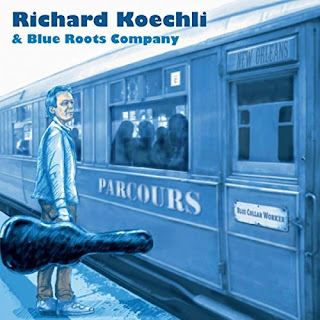 New album from Award-winning Slideguitar player Richard Koechli. 79 minutes of finest Roots-Music; not just Blues, but footprints of Soul, Jazz, Pop, Folk & Rock. However, a seductive balance of rhythmic contrasts, melodiousness and relaxed unobtrusiveness holds everything together – in a way that reminds us of laid-back masters such as J. J. Cale. 16 new songs, a wonderfully dynamic band – and Koechli's voice, which has found its home somewhere between intimate Folk singing and soulful Blues power. What Guido Schmidt (Founder of Lucerne Blues Festival) says about Koechli: «Brilliantly delivered original compositions, deeply rooted in traditional blues, Richard Koechli bows before the legends and gets every bluesloving soul moving. If it weren't for the few songs written in Swissdialect, no one would ever come to the conclusion that this exceptional celebration of sounds from the motherland of the blues is being delivered by someone from along the Reuss River in Lucerne. Koechli impressively proves why he is considered to be one of Europe s leading blues and slide guitarists. From a musical point of view, it doesn't even matter what the name of the river in Lucerne is...» 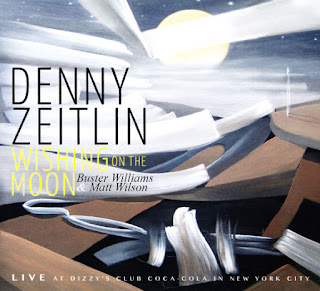 DENNY ZEITLIN – WISHING ON THE MOON

Pianist Denny Zeitlin never fails to make us smile – and on an album like this, recorded many years after he first brought a new brightness to the world of jazz piano, we're still amazed at how he can unlock so many special moments with effortless ease! Zeitlin's always completely himself, but also never overstating his identity – just casually sliding into these note structures that are as appealing and optimistic as they are fresh – modernism, but from the brighter side of the sun – aided by the work of Buster Williams on bass and Matt Wilson on drums. Titles include the originals "There & Back", "Signs & Wonders", "Wishing On The Moon", and "Slickrock" – plus "All Of You" and "Put Your Little Foot Right Out". ~ Dusty Groove 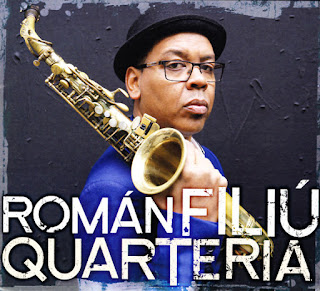 An album of nervous rhythms and angular edges – and a set that seems to make the most of the tonal interplay between the alto of Roman Filiu, the tenor of Dayna Stephens, and trumpet of Ralph Alessi – all painted in these nicely dark colors by the piano of David Virelles! The album finds ways to swing that are quite unconventional – often building up the rhythms in blocks of sound that come as much from the horns as they do from the drums of Craig Weinrib, bass of Matt Brewer, and percussion of Yusnier Sanchez – on a set of Filiu compositions that include "Harina Con Arena", "Choiral", "Danza #5", "Fulcanelli", "Grass", "Imperator", and "For Horns & Bells". ~ Dusty Groove