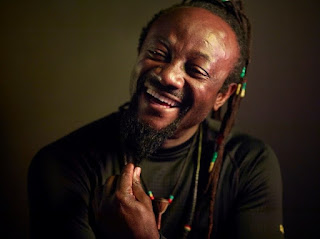 The album will include 11 Talking Heads songs with Mystic's own unique, Jamaica-fied spin; plus two additional tracks, including:  "Love Goes to Building On Fire," "Slippery People" (Feat. Tarrus Riley):  "Burning Down The House," "Houses In Motion," "This Must Be The Place," "Once In A Lifetime," "Pulled Up," "Life During Wartime" (Feat. Freddie McGregor); "Crosseyed And Painless;"  Grateful Dead's "Shakedown Street," "Psycho Killer," "Piece of My Heart," "Heaven" (Feat. Cindy Wilson).

Since introducing his musically revolutionary Talking Dreads project at the High Times Music Festival in Negril in 2015, the Jamaican-born singer has performed at more than 100 shows across North America – spinning the heads of initially skeptical Talking Heads fans, and getting everyone grooving along to the rhythms and jubilant spirit of his native island.

Mystic's close personal and professional relationship with Chris Frantz and Tina Weymouth began when he joined the Tom Tom Club as a singer in 1996. He appeared on their 2000 album THE GOOD, THE BAD AND THE FUNKY and performed with them for nearly 20 years.