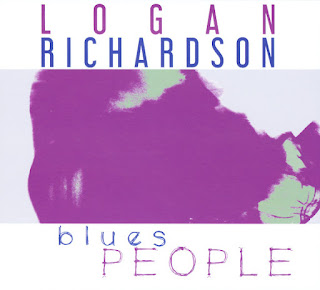 Logan Richardson's really on fire here – sounding a bit different than any of his previous records, but equally creative overall! The set's got an unusual format – two guitars and electric bass dominate the middle, with heavy drums from Ryan Lee, and these very openly-blown alto parts from Richardson – sometimes as textural waves of sound, sometimes sharp and pointed, and always up to the challenges of the shifting scapes of the styles! There's a fair bit of darkness in the mix – maybe similar to some of the brooding instrumental funk of Meshell N'Degeocello – and the heavy use of guitar might be seen as a nod to the blues roots hinted at by the title – but the overall sound is very different. Titles include "The Settlement", "With You", "Uraban Life", "Pure Change", "Class Wars", "Underground", "Country Boy", "Hunter Of Soul", and "80s Child". ~  Dusty Groove 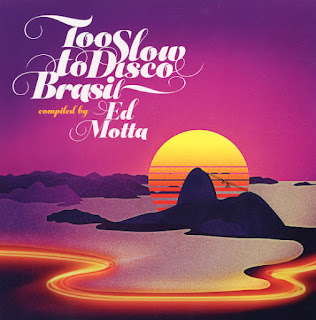 TOO SLOW TO DISCO BRASIL – COMPILED BY ED MOTTA

This very hip series just got a whole lot hipper – thanks to the selection talents of Brazilian soul legend Ed Motta – who serves up a huge host of rare tracks from Brazil! Ed's always had a deep love of the AOR sound of the 70s – and he's not only a great soul singer on his own records, but also a hell of a record collector too – one whose knowledge of rare grooves goes way beyond most other folks we've ever met! This set opens up a huge amount of Brazilian soul we'd never heard before – music that takes off from the late 70s territory of Azimuth and Banda Black Rio, and soars with sweet jazzy grooves that are completely sublime – most from the 80s, and most by artists who've never gotten their due on the reissue market. Killer all the way through – with titles that include "Pra Voce" by Carlinhos & Soninha Querioz, "Acordes E Sementes" by Gelso Oliveira & Luiz Ewerling, "Joia Rara" by Brylho, "Rota Mar" by Zeca Do Trombone, "Clarear" by Roupa Nova, "Quero Pouco Quero Muito" by Filo Machado, "Guarde Minha Voz" by Sandra Sa, "Debora" by Altay Veloso, "Copacabana Suite" by Junior Mendes, "Renascendo En Mim"b y Don Beto, "Toda Manha Brilha O Sol" by Lucinha Turnbull, "Coisas Do Brasil" by Guilerhmes Arantes, "Mare" by Carlos Bivar, "Leao Ferido" by Biafra, "Mais Uma Chance" by Santa Cruz, "Rio Best Seller" by Cassiano, and "Se Eu Te Pego De Jeito" by Jane Duboc. (Includes download!)  ~ Dusty Groove 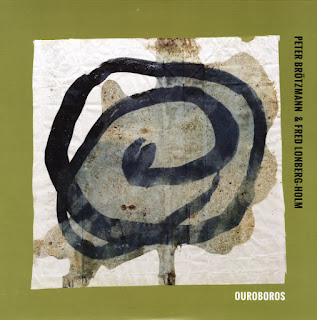 An album of beautiful tones and textures – and a set that has these two different improvisers really finding some great space together! The theme here isn't compromise, but exploration – as Brotzmann reminds us what again what a multi-faceted saxophonist he can be – finding ways to mix his reed work with the stringed instruments and electronics of Fred Lonberg-Holm – who himself is really ready to go into some of the bolder places that the saxophonist can explore! Perhaps most impressive is the way that the album can shift focus within a single improvisation, sometimes leaving us to wonder which sound is coming from which musician – on titles that include "The Circle", "The Figure Eight", "The Spiral", and "The Fusion Of Opposites". ~ Dusty Groove