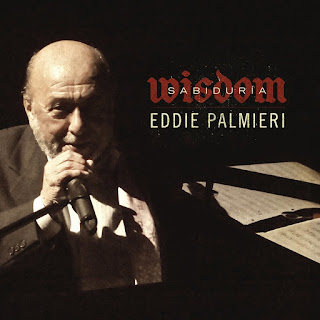 Eddie Palmieri’s influence on the world of modern music is often celebrated, but just as often underestimated. As he completes his 80th year with us, his energy and commitment seem to be increasing, as if to fully emphasize the power of not just the music but also the cross-cultural importance of the process. With no sign of slowing, Mr. Palmieri is the elder of a global culture of musicians, actively teaching young students and leading the way for the next generation. And now Mr. Palmieri brings to the world his first project since his back to back Grammy wins in 2005/2006 - Sabiduría. Sabiduría is the Spanish word for “wisdom”, and the message is clear from the outset that wisdom is the exalted value that should guide us all. His intent with Sabiduría, as it has been with all of his recordings, is to create art that will be analyzed and understood well beyond his time. 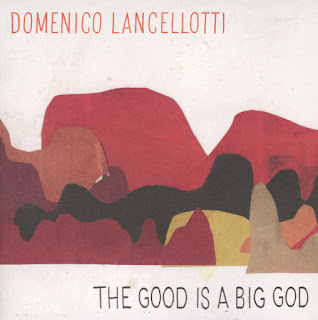 DOMENICO LANCELLOTTI - THE GOOD IS A BIG GOD

You've heard Domenico before as part of the groundbreaking +2 trio with Kassin and Moreno Veloso – but this is only the second time the singer has worked on his own, and the first that he's given us his full name on the cover! That difference might mark a new sort of confidence in Domenico – a way of putting forth his careful songwriting genius with a bit more dexterity, which certainly gets a bit of assistance in the album's work by Sean O'Hagan and Kassin! If you've ever liked Domenico before, you'll totally love him here – and if this is your first time discovering his music, then get ready to go backwards – as the strength of this album will win over your ears, and send you searching for all the other wonderful music he's given us over the years. Titles include the very dreamy title cut "The Good Is A Big God" – plus "Insatiable", "Serra Dos Orgaos", "Voltar Se", "A Alma Do Vento", "Terra", "Logo", "Dama Da Noite", "Shanti Luz", "Arvores", and "pare De Correr". ~ Dusty Groove 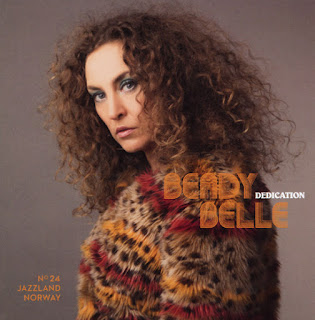 Beady Belle never lets us down – and even though the lady's been making music for well over a decade, she still turns out some of the most consistently thoughtful soul we can think of! Forget the fact that the singer's on a Norwegian label, as the lyrics here are all in English, backed by warmly jazzy instrumentation that's always made Beady's music hugely popular with our customers for American neo-soul – and which puts her in the same territory as other classic "in the know" artists, such as Monday Michiru or Incognito! The keyboards are especially nice this time around – as thoughtful as the lyrics and the vocals – and titles include "I Run You Ragged", "Hold Your Breath", "Traces", "Dedication", "Waste Of Grace", "Last Drop Of Blood", "Can You Smile", and "Out Of Orbit". ~ Dusty Groove