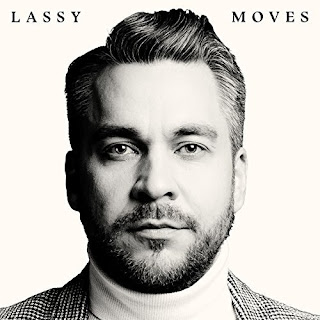 Timo Lassy is a man on the move. The Finnish tenor-giant, noted as a “rising star” in Downbeat and called “phenomenally great” by Tagesspiegel, now presents his sixth album in ten years. “Moves” is his grand opus, featuring his five-piece-band, as well as Ricky-Tick Big Band Brass, the legendary 71-year-old Fin-Jazz-star Eero Koivistoinen, rapper Paleface and singer Joyce Elaine Yuille from Spanish Harlem, USA. The first single “Lashes” coincided with a sold-out gig at the Savoy theatre in Helsinki. Allaboutjazz wrote about the band’s recent concert at WDR Jazzfest, recorded for arte TV: “These Finnish musicians have a great gift to authentically turn a style from the past into something fitting hot in the present time.”

Lassy’s newest movement can be seen as a result of his exceptional career so far. Raised in Helsinki and educated at the famous Sibelius academy there, he was a part of the Nu Spirit Helsinki movement early on, as well as the member of the Five Corners Quintet. From this renowned group, which recorded with legendary American vocalist Mark Murphy and was remixed by Nicola Conte, he went on to form his own Timo Lassy Band some ten years ago, “one of Europe’s sharpest bands” according to the Sunday Times UK and “quality swinging jazz with a difference” (Gilles Peterson). Five incredible albums – and a superb collaboration with José James – later Lassy presented the EP “When The Devils’s Paid” in 2017. The song, written by Timo and featuring vocals by Brazilian giant Ed Motta (with lyrics by British Acid-Jazz-legend Rob “Galliano” Gallagher), was playlisted on JazzFM in the UK for five consecutive weeks.

“Moves”, the new and sixth album, is a result of Timo Lassy’s musical path so far and a bold step into the future. It encompasses all the elements that have made his sound so far – from 60s Soul and Latin Jazz to soulful Vocal Jazz – and boldly moves in a modern direction, encompassing electronic sounds and even Hip Hop with Finnish rap-legend Paleface. A fantastic hour of musical magic that combines melodic depth and a richness of sound – most certainly Jazz that knows the tradition and feels the spirit of the moment.