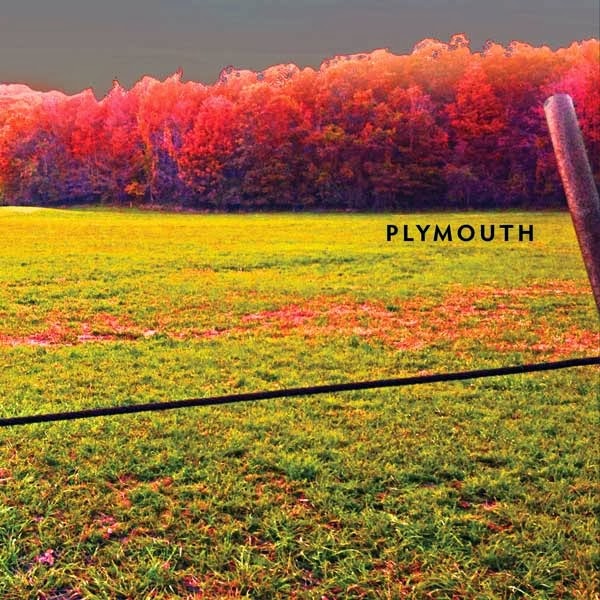 Following on the heels of their successful collaboration on 2013's Slobber Pup, one of the most intensely throbbing releases in the RareNoise catalog, keyboardist Jamie Saft and guitarist Joe Morris have reunited for another potent and provocative offering in Plymouth. Joining them on the three expansive pieces that comprise this purely improvised set are the indelible rhythm tandem of bassist Chris Lightcap and drummer Gerald Cleaver, who have played together in various settings (including Morris' quartet) since the late '90s, ad rising star avant garde guitarist Mary Halvorson (a former student of Morris').
Together they create compelling stream-of-conscious sonic excursions that range from zen-like quietude to hellacious distortion-laced fury, as on the 20-minute "Manomet," the 13-minute "Plimouth" (no typo) and the 29-minute journey, "Standish." Nothing is ever predictable or resolves neatly on this audacious, wildly uncompromising outing, scheduled for an April release on London-based RareNoise Records.
Down Beat writer John Ephland reviewed Plymouth's U.S. debut on a special RareNoise label showcase held at Shapeshifter lab in Brooklyn on Dec. 13, 2013: "Beginning with a dose of dreamy electric piano, Plymouth brought on a storm of floating, shimmering rubato. The playing centered around a gently implied beat. Halvorson's guitar work started with deft, unobtrusive slide playing, which provided a contrast to Morris' more dedicated single-note lines. Saft's chimey chords directed the music into a loose-limbed rock cadence, while Morris' hard-edged picking served as a drone. Halvorson replied with lush chordal phrases, while Saft's scary-movie organ lines were a lattice for what became a two-note jam of squirrelly lines, repeated over and over. Saft continued with dense thickets of sound combined with repeated loops and pedal effects from both guitarists. By this point, there was an audible heaving and sighing over a definite groove, menacing but also somehow innocent. The group improvisation could be heard as a collection of voices-five individuals foraging through a forest of sounds."
That same collective search can be readily heard on the group's entrancing self-titled debut for RareNoise. "This group was conceived as a way to bring together Joe Morris and Mary Halvorson with a rhythm section of long standing friends and colleagues," explains Saft, who co-produced the recording with Morris. "It's a very different sound than Slobber Pup but created with a similar attitude and focus on total freedom. Nothing was pre-conceived or discussed beforehand. It's purely a meeting of sympathetic minds that resulted in something quite astonishing."

While Saft's keyboard rig in the crunching quartet Slobber Pup is mostly organs running through a Marshall amp turned up to 11, his setup in Plymouth is based around the acoustic piano fed through an Echoplex (like on his own dub-influenced New Zion Trio). Morris and Halvorson interact intuitive on guitar, alternately between clean tones and distortion tones, with Halvorson also supplying some of her signature chordal swells with her deft use of a Whammy Bar pedal.

Chris Lightcap, who almost exclusively plays upright bass in his own group Bigmouth and in his numerous sideman roles, plays a hollowbody electric bass with a fuzz pedal on this Plymouth session. And Cleaver, a remarkably flexible and powerful drummer, provides the glue that holds all the freewheeling excursions together. "I absolutely love playing with Gerald," says Saft. "He is the rare marriage of power, depth and complete freedom. Gerald frames all the madness with an acoustic sound that is extra rich and complements all the electrical energy perfectly."

With no plan whatsoever, no lead sheets or sketches or even conversations about what they would play, the members of Plymouth went into the studio, pressed the record button and created on the spot. "Nothing was preconceived," says Saft. "Sonically each musician in this ensemble has such a clear voice and after years of playing together we can great straight to the intuitive true collective improvising. No boring repetition, no licks. Purely deep listening and mutual trust." Adds Morris, "I think it was just a matter of thinking about a group of people who could bring unique things and work together well. And what we came up with is really interesting and different."

Says Morris of his former student Halvorson, "Mary is a great guitarist. She and I share some ideas and so we have always sounded good together. She's a great person who is really easy to work with too. And she does unique things in the way she plays lines, uses effects and builds form." Morris has equal praise for drummer Cleaver, who previously appeared on two Morris quartet recordings, 1999's Underthru and 2000's At the Old Office. "I don't know of anyone who plays like Gerald. He's a deep and serious artist of the drums who is always changing, and he likes the unknown, he thrives on that. He adds something strong and unique to every situation he's in. He's a great, original drummer. So asking him to work in a situation that is seeking the new and unknown just makes sense. He thrives in that kind of thing and gives us all a new framework to play in."

The veteran guitarist also has had a longstanding relationship with bassist Lightcap, who appeared on Morris' 1998 recording, A Cloud of Black Birds, and his subsequent two quartet outings, 1999's Underthru and 2000's At the Old Office. "Chris is a great bassist who doesn't play electric enough, but that was his first instrument. He gets a different sound on it than anyone and does different things with it. We wanted different and good listening and spontaneous formulation for this session, so we knew we needed Chris. Also, he and Gerald go way back. They've been playing together longer than all of us and they have an instant chemistry which was very important to this recording."

Saft, who has long been associated with many of John Zorn's ensembles including The Dreamers and Electric Masada and has also toured and recorded with the pioneering Japanese noise musician Merzbow, heaped praise on his Plymouth partner Morris, a free jazz guitar icon with more than 20 releases as a leader to his credit. "I've known Joe for over 20 years," says Saft. "We made music together in the early '90s in Boston when I was finishing up as a student at New England Conservatory. Joe was a local avant legend and I was extremely fortunate to get to work with him back then. We lost touch for almost 20 years and reconnected at some festivals a few years ago and started brainstorming."