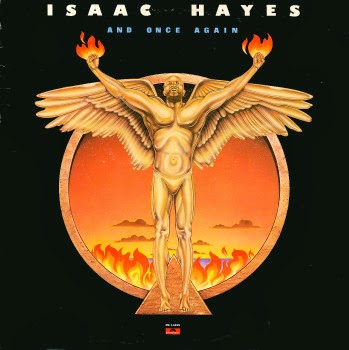 ISAAC HAYES - AND ONCE AGAIN

And once again, Isaac Hayes wows us with the brilliance of his later work at Polydor – really subtle soul that's a wonderful extension of modes first begun at Stax! The sound is a bit smoother here, but it really fits Ike's maturing vocals wonderfully – and sets him up in these beautiful mellow grooves that stretch out and step out with a quality that few other singers can touch. A few cuts are upbeat, but the more laidback ones are actually the best this time around – showing that once again, Ike Hayes is the king of the mellow soul moment! Titles include "Ike's Rap VII", "This Time I'll Be Sweeter", "I Ain't Never", "Wherever You Are", "Love Has Been Good To Us", and "It's All In The Game". CD features bonus tracks – "I Ain't Never (12" disco)", "It's All In The Game (single)", "Love Has Been Good To Us (single)", and "I Ain't Never (single)". ~ Dusty Groove. 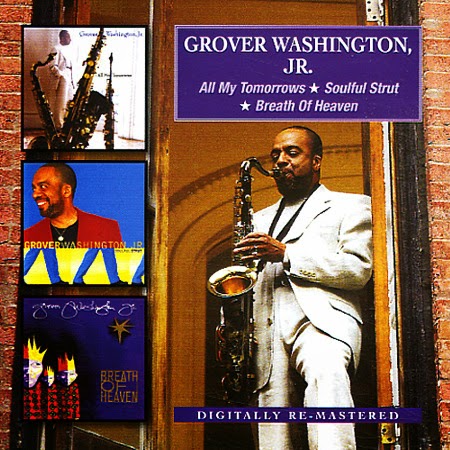 A trio of 90s albums from Grover Washington! All My Tomorrows is an overlooked gem from reedman Grover – recorded in his later years, but a set that's actually got more of an acoustic style overall – one that goes back to the roots farther than any of Grover's fusion records! Washington's a great straight player in this setting – filled with soul on tenor and soprano sax – and working with top-shelf small group players like Eddie Henderson on trumpet, Hank Jones on piano, Bobby Watson on alto, and Robin Eubanks on trombone. Guitarist Romero Lumbambo arranged one great Brazilian-tinged number – and other arrangements are by Grover, Larry Willis, Slide Hampton, and Freddy Cole – who sings on two tracks too. Titles include "E Preciso Perdoar", "Happenstance", "All My Tomorrows", "Nature Boy", "Flamingo", and "Estate". Soulful Strut is bouncy soul from Grover Washington – a set that returns to his earlier roots in a space between soulful fusion and R&B! The slinky Washington soprano sax gets plenty of space in this set – blown with those seductive notes that always made Grover one of the most distinctive players on the instrument – and the backings often have this gentle R&B groove that's even stronger on the few cuts here with vocals. Titles include "Soulful Strut", "Bordertown", "Village Groove", "I Can Count The Times", "Headman's Hunt", and "Can You Stop The Rain". Breath Of Heaven is a holiday record from Grover Washington – but one that's got a fair bit more to offer than just the usual Christmas tunes! The set mixes older favorites and lesser-known numbers – all done in that soulful fusion style that Washington brought to his records from other seasons of the years – set up here with the leader on alto, tenor, and soprano sax – amidst arrangements from vibist Joe Lock, and keyboardist Donald Robinson, and guitarist Hiram Bullock – all of whom play on the record. Lisa Fischer sings on one number, but most of the record is instrumental – and titles include "Breath Of Heaven", "The Magi's Song/A Child Is Born", "I Wonder As I Wonder", "Christmas Time Is Here", "The Love In His Infant Eyes", and "Christmas Day Chant". ~ Dusty Groove 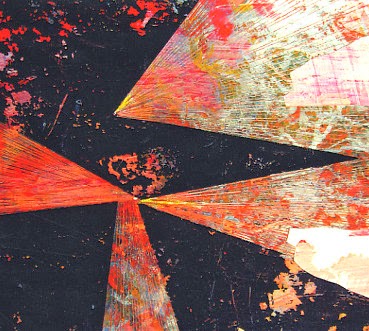 Pretty electric sounds from the Chicago Underground Duo – a set that has Rob Mazurek adding in lots of electronics (even a Game Boy!) to his usual cornet lines, plus some other acoustic elements that work really well with the drums, mbira, and balaphone of Chad Taylor! The record shows an earlier spirit of the Chicago scene alive and well – that genre-crossing, generation-spanning love of so many different sounds and styles at once – a mode that first burst forth on the scene two decades back, often in the hands of John McEntire, who produced this album – and which still stands strong in the hands of its best purveyors like this. Titles include "Yaa Yaa Kole", "Blink Out", "Kabuki", "Dante", "House Of The Axe", "Borrow & Bury", and "Locus". ~ Dusty Groove