IVO PERLMAN RELEASES TRIO OF ALBUMS: THE OTHER EDGE, TWO MEN WALKING, AND BOOK OF SOUND 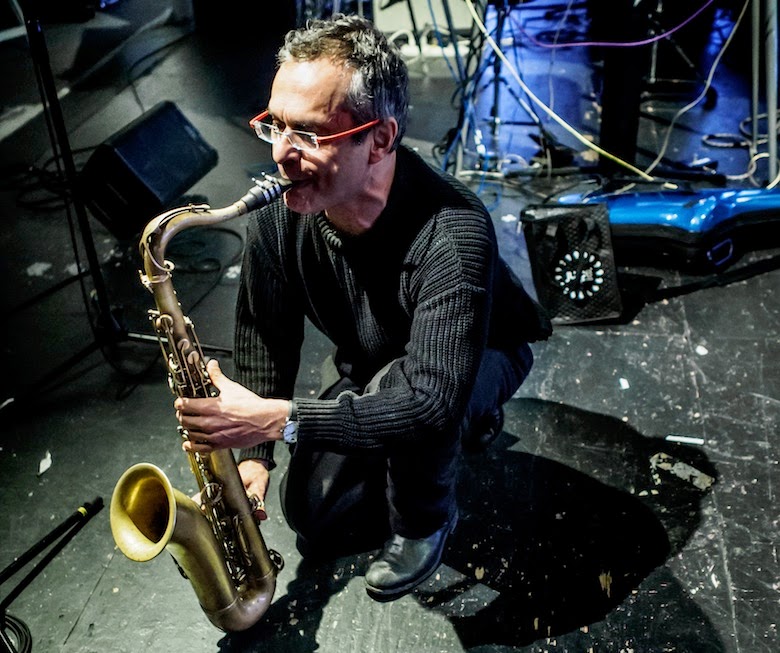 In his latest, triple-pronged attack on artistic complacency, the hyper-expressive saxophonist Ivo Perelman employs the tactic of accretion: in duo, trio, and quartet formats, he displays not only his wide artistic range but also his exceptional capacity for subtle variety. Each of these albums can stand completely on its own; taken together, they offer a snapshot of this particular juncture in Perelman's artistic evolution. (All three were recorded between October 2013 and January 2014.) These albums also extend the rarely paralleled burst of creative activity that has seen Perelman - a productive musician and graphic artist, even in his "slow" periods - release nearly 20 albums in the last four years.

"I had an intense creative frenzy maybe 15 years ago," Perelman has recalled, referencing a two-year span in the mid-90s during which he released a dozen albums. "And now it's happening again, after spending a lot of time practicing some new ideas involving my mouthpiece, tonguing, sound production - the saxophone in general." In contrast to that earlier period, Perelman now works almost exclusively with a small pool of collaborators - a testament to the challenge of finding simpatico collaborators for his daring approach to improvisation. To achieve variety for the listener, as well as novelty and inspiration for himself, the Brazilian-born saxophonist mixes and matches from within this pool of artists so that his recordings almost never feature the exact same personnel and instrumentation. Each album shuffles the deck: one features this bassist with that drummer; or both those artists with piano; or piano, bass, and a different drummer; or sax and drums only, or maybe with two bassists added. The faces remain familiar, but the group portrait changes with each new project.

That philosophy makes this latest set of releases especially intriguing, in that they show Perelman's willingness to "regroup," in a sense - to re-investigate some of the musical relationships that have proved particularly satisfying.  One album reunites him with the Matthew Shipp Trio, with whom he previously recorded in 2012; another re-creates the trio that last met on the album Cama Da Terra, in 1996. The third release allows him to solidify his partnership with violist Mat Maneri, a new star within the saxophonist's tiny galaxy. "Each of my projects holds a set of parameters that will never be repeated," Perelman says, explaining his relentless quest to elude creative stasis. But in certain cases - when there is "so much potential," in his words - he's more than willing to challenge his own rule.

That was certainly the case for Two Men Walking, the new album of Perelman-Maneri duets, which follows close on the heels of their first meeting in May 2013; that recording (which also featured pianist Shipp) produced an album of music used on the soundtrack of the Brazilian film A Violent Dose Of Anything. After that session, says Perelman, "I felt like, Wow! I've got to play with this guy again! I felt a kinship in our thinking. He's like an alter ego, almost telepathic. It's like each of us is playing both instruments." Perelman has a special fondness for the string family, having himself played cello (the viola's big brother) as a youth, before taking up the saxophone: "I find I can mutate, like a chameleon, in the presence of string instruments. . . . And I find tenor and viola in particular is a match made in heaven." 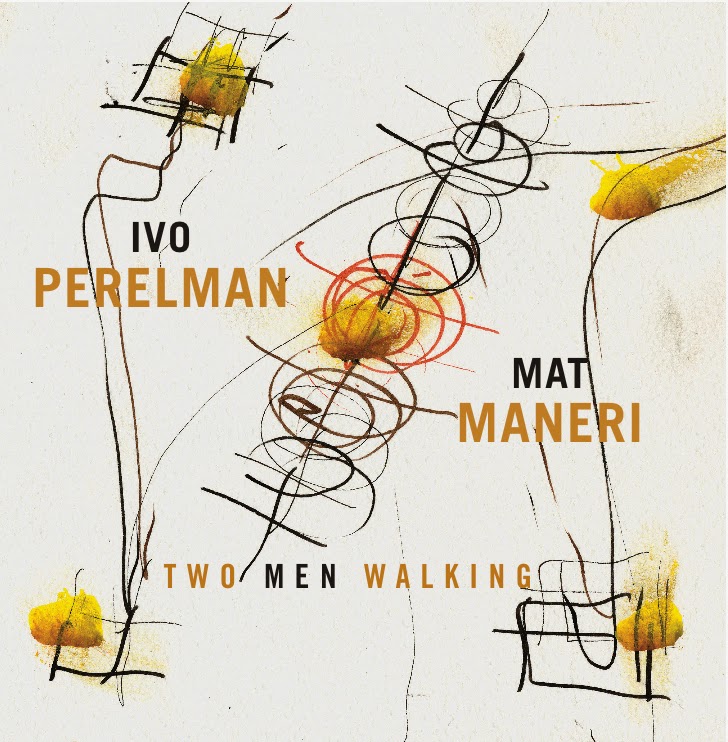 Neil Tesser in the liner notes writes, "Perelman and Maneri adore the highest (altissimo) register of their instruments, which further tightens their specific partnership - that, and the fact that each has studiously developed the ability to produce these difficult, dangerous, and easily maligned octaves." Indeed, one of the distinguishing features of this partnership is the ability of the tenor and viola to complement each other in this extreme range of their instruments - as if they in fact inhabited that sonic aerie by right, and descended into the "normal" registers of their instruments for variety, instead of the other way around. (Maneri learned to explore the outer reaches of timbre, as well as melody and structure, from his father and mentor, the iconoclastic saxophonist Joe Maneri; their 1996 album Three Men Walking inspired the title of the current project.)

In contrast to his recent alliance with Maneri, Perelman has had plenty of experience with the artists joining him on The Other Edge - most recently on its namesake, the 2013 album The Edge (also on Leo Records). The quartet heard on both discs comprises the members of Matthew Shipp's trio. Perelman has recorded more than a dozen albums with pianist Shipp, and has often performed with him in varying contexts; Shipp's bassist (Michael Bisio) and drummer (Whit Dickey) have each recorded separately with the saxophonist as well. The second production by this foursome results in a spectacularly eclectic collection, with wholly improvised works as likely to reference classic swing as Balinese gamelan, delicate rubato harmonics, or American Indian stomps. 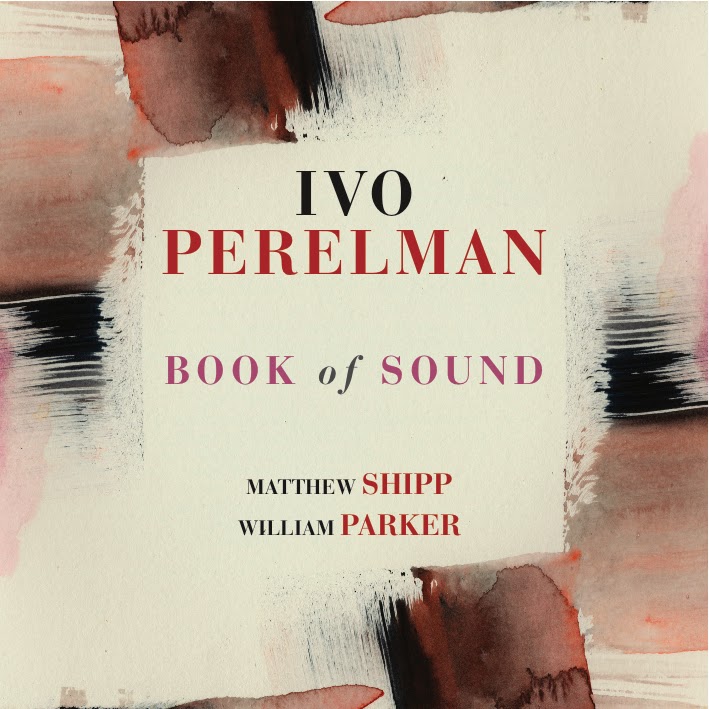 Shipp again joins Perelman on Book Of Sound, their reunion in a trio setting with bassist William Parker, the acclaimed bassist and new-jazz activist with whom Perelman and Shipp each played early in their professional careers. "In creating the finished product," liner-notes writer Neil Tesser explains, "Perelman allowed himself only one of the plenary options available to a modern recording artist: he altered the order in which the tracks were recorded. . . . Book Of Sound presents what amounts to one large composition: a multi-movement, album-length piece, tectonically balanced between exuberance and introspection, light and dark." The titles of the various "movements," all of which reference ancient Latin aphorisms, further binds these disparate performances into a single work.

Born in 1961 in São Paulo, Brazil, Perelman was a classical guitar prodigy who orbited a series of other instruments before finally gravitating to the tenor saxophone. His initial influences, cool jazz saxophonists Stan Getz and Paul Desmond,  could hardly have presaged the galvanic, iconoclastic improvisations that have become Perelman's stock-in-trade. But those early influences helped shape the romantic warrior at the heart of his most heated musical adventures.

In 1981, Perelman entered Berklee College of Music in Boston, where he focused on the mainstream masters of the tenor sax, to the exclusion of such pioneering avant-gardists as Albert Ayler, Peter Brötzmann, and John Coltrane - all of whom would later be cited as precedents for Perelman's own work. He left Berklee in 1983 and moved as far from Boston as possible - to Los Angeles, where he studied with mainstream vibraphonist Charlie Shoemake, at whose monthly jam sessions Perelman discovered his penchant for post-structure improvisation. "I would go berserk, just playing my own thing," he explains now. Emboldened by this approach, Perelman began to research the free-jazz saxists who had come before him. So Perelman undertook a survey of post-60s avant-gardists. In 1989 he recorded the first of more than 50 albums now under his own name, featuring a number of mainstream and Brazilian jazz musicians, and a program comprising traditional Brazilian folk melodies. But even then, he recalls "moments of real free playing, and I decided I liked it. I finally moved to New York and hung out with like-minded players, and I knew I had found my crowd."

In the last few years, Perelman has immersed himself in music from the 16th and 17th centuries, specifically music written for the natural trumpet - the instrument used before the invention of valves - which required players to create all the notes simply by varying the air pressure applied to the horn. Perelman now applies the techniques of natural-trumpet playing to the saxophone, in order to gain even more command of the squeaky-high altissimo range - this despite his already unsurpassed mastery of this register. He has gone so far as to commission the construction of saxophones without any keys at all, training himself to play full scales using air pressure alone, which is unprecedented in the history of reed-instrument praxis.