Dubbed “The First Lady of Song,” Ella Fitzgerald was the most popular female jazz singer in America for more than half a century, earning 13 GRAMMY® Awards and selling more than 40 million albums. Known for her flexible, broad range and scatting ability, Fitzgerald could sing a sultry ballad or sweet jazz with an uncanny skill of being able to imitate every instrument in an orchestra. This 2-CD ICON collection includes some of her greatest hits, including “A-Tisket A-Tasket,” the playful version of the nursery rhyme she recorded in 1938 when she was just 21. That album sold a million copies and went to No. 1 on the charts, making Fitzgerald a household name. Also included are collaborations with Louis Armstrong (“You Won’t Be Satisfied [Until You Break My Heart]” and “Summertime”) and Louis Jordan (“Baby It’s Cold Outside”), as well as two tracks recorded live in Berlin. Tracklisting: A-Tisket A-Tasket; Undecided; Into Each Life Some Rain Must Fall (with the Ink Spots); It's Only a Paper Moon; You Won’t Be Satisfied (Until You Break My Heart) (with Louis Armstrong); That’s My Desire; My Happiness; Baby It’s Cold Outside (with Louis Jordan);. Dream a Little Dream of Me; Smooth Sailing; Airmail Special; You'll Have to Swing It (Mr. Paganini), Parts 1 & 2; Lullaby of Birdland; Take the "A" Train; Summertime (with Louis Armstrong); Someone to Watch Over Me; Love Is Here to Stay; Mack the Knife (Live in Berlin); How High the Moon (Live in Berlin); Blues in the Night; Bill Bailey, Won’t You Please Come Home; and A Fine Romance. 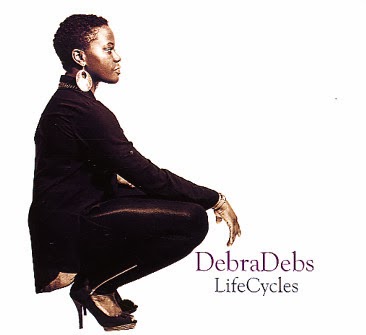 A brilliant batch of new millenium soul from Debra Debs! Debra is a London-based, Cameroon-born singer, and Life Cycles is the first full length effort we've heard from her, but it leaves us with little doubt that she'll be around for years to come. This is some of the nicest indie soul we've heard in a while! Her voice is warm and inviting, and she's get a deft hand for memorable songwriting, too – bearing the influence of some of the finer voices of the neo soul generation, as well as the jazzy soul voices of the classic era. The production is flavored by timeless keys and beats, and lots of lightly jazzy instrumental touches. Excellent stuff! Includes "Caught Up", "Clear My Name", "Love Galore", "Fizzy Lemonade" (plus a Felo Le Tee remix) "Daddy", "Blew Your Mind", "Sometimes", "Chasing Dreams", "Blending Colours", "Awake With You", "Africa 'Higher Higher'" feat P. Jericho and "Speeches". ~  Dusty Groove 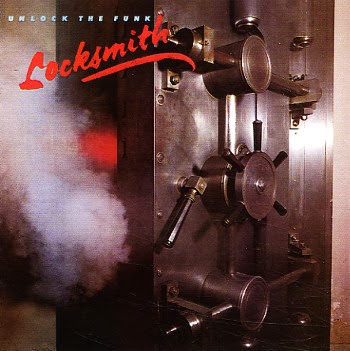 The only album ever from Locksmith – a group you might also know for their classic backing work on a few Grover Washington albums of the 70s! This set's got the lineup grooving strongly on their own – in an upbeat blend of jazz, funk, and soul that often has the group's deft instrumentation taking center stage instead of their vocals! Things are mighty sharp throughout – with loads of great bass at the bottom, plus live percussion, tight guitars, sweet keyboards, and some especially great electric violin and snyth from John Blake. Harvey Mason produced the record, with the same tight sound as his own gems for Arista at the time – and Stephanie Spruill sings guest vocals on the sweet stepper "It's You", alongside more upbeat tracks that include "Groove Town", "TMI", "Don't Hurt Yourself", and the especially nice "Blackjack" and "Cinnamon", both of which have a totally sweet jazzy groove. ~ Dusty Groove
Posted by Jazz Chill at 1:02 PM