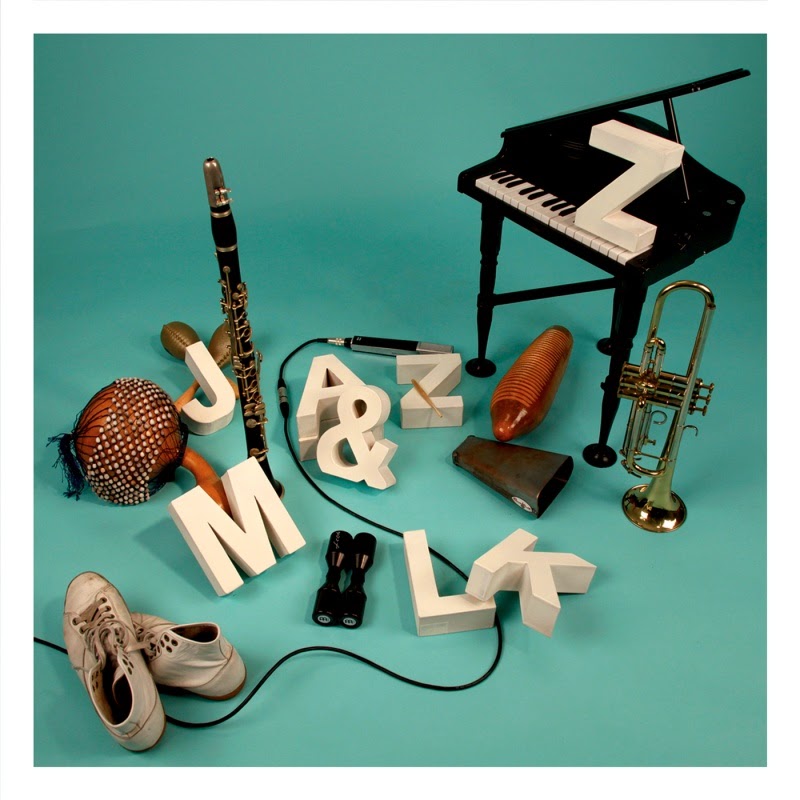 Everyone familiar with Jazz & Milk probably knows about the importance of musical diversity to the label's spirit. However, once you listen closer you will definitely hear the connecting force, a rhythmic and soulful foundation of these 15 tracks. The sum of the album's musical influences lead back to Africa and its long lasting impact on numerous modern music genres throughout the world. A good many times such musical footprints are shining through on this record ranging from Jazz, Funk, Afrobeat, Cumbia, Ethio-Jazz to Hip Hop, deep House and Bass music. While each style is unique, they have a strong rhythmic element in common.

Footprints starts off with the energetic raw sound of Todd Simon & The Angel City All Star Brass Band. Amusingly, the song has been inspired by a culinary experiment, a 50/50 blend of Ethiopian coffee beans from the Sidama region and Colombian beans not too far from Cali. Aiming at translating the experiment's success into a completely different sphere, that of music, Simon combined the traditional sounds of both regions. The track not only features musical prodigy Quantic on the guacharaca (colombian version of the guiro) but also a 'who is who' of LA's music scene. Jazz & Milk label-founder and "Footprints" compiler Dusty delivers a heavy Afro-Funk vibe by remixing the Bad Jazz Troupe, a live project he formed together with his musical soulmate Jerker Kluge. Label artist Sam Irl from Vienna takes us on a journey of raw emotions. On "Time" he fed his MPC with filthy vinyl samples, jazzy rhodes chords, deep basslines and smooth synth-arpeggios - all glued together on top of a driving House beat. The legendary Munich-based formation Karl Hector & The Malcouns (Now-Again) is also contributing to the album's special flavor. "Who's Foolin' Who?" was written by JJ Whitefield (producer and guitarist for the Poets of Rhythm and the Whitefield Brothers) and obviously reflects his affinity for sounds from across the African diaspora. Jerker Kluge and his Deep Jazz Project, more local talent from Munich, is performing a fantastic cover version of Andy Bey's classic "Celestial Blues" with Julia Fehenberger on vocals.

The Munich-based label, and its associated clubnight, have been a city fixture for the past eight years and represent an integral component of German club culture. Just like on "Footprints" Jazz & Milk keeps pushing musical boundaries, seeking new territories and a distinctive sound that blends sophisticated old- and contemporary electronic music.