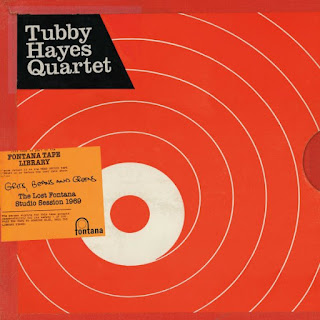 A long-lost album from one of our favorite jazz talents of all time – British tenor legend Tubby Hayes, a player we'd easily place on a short list with giants like Dexter Gordon or Sonny Rollins! Like both of those players, Hayes has an incredible talent for longform solos that never lose their fire, direction, or imagination – a quality that emerges here maybe even more strongly than on some of the records that preceded it – as Hayes works with just a quartet, on long tracks that are really dominated by both his great sound, and the strong contributions of pianist Mike Pyne – an equal star on the set! At a time when British jazz was going for a lot of new recording modes, crossover styles, and other gimmicks, the whole thing is a back to basics record for Tubby – but also one that shows just how much he's grown as a soloist in just a few short years – really on fire, as the tenor is driven strongly by the efforts of Ron Mathewson on bass and Spike Wells on drums, completing a great quartet who really get the energy of their leader. Titles include a great version of the Duke Pearson tune "You Know I Care", a lovely take on "Where Am I Going", and the Hayes originals "For Members Only", "Rumpus", and "Grits Beans & Greens". Fantastic stuff – long overdue, and instantly a key addition to the Tubby Hayes Fontana catalog of the 60s! ~ Dusty Groove 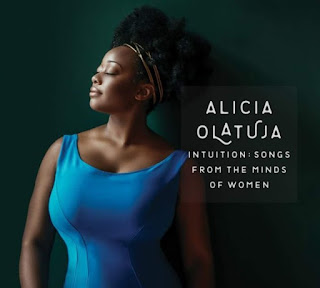 Alicia Olatuja - Intuition – Songs From The Minds Of Women

Alicia Olatuja takes on the music of some strong female inspirations – Sade, Brenda Russell, Joni Mitchell, and others – but serves them up in a jazzy style that's very much her own! The album's in a great space between conventional jazz and contemporary soul – and Alicia gets help from Billy Childs on piano and arrangements, plus David Rosenthal on guitar, Ulysses Owens Jr on drums, and Dayna Stephens on tenor – all players whose presence we take as more strong endorsement of the set! Titles include one of the best versions of "People Make The World Go Round" since Dee Dee Bridgewater recorded her jazz take in the 70s – plus "Just Wait", "Child Of The Moon", "Oriana", "Transform", "Hide & Seek", "Gracias A La Vida", "Cherokee Louise", and "No Ordinary Love". ~ Dusty Groove 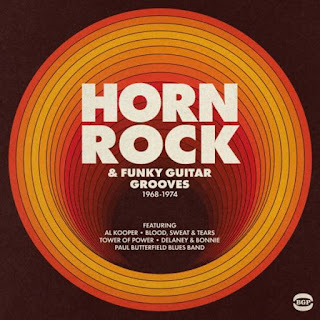 Funky sounds from a time when jazz and rock music instrumentation collided – and came up with a bastard child that was unfortunately named "jazz rock", and which kept some folks away from some surprisingly groovy records back in the day! Don't let that moniker get you down – as it's way more dated than the music on this set, and hardly gets at the soul-drenched style of the grooves – which often owe more to the horn sections of Memphis and Muscle Shoals records from earlier in the 60s, than they do from any higher attempt to merge the worlds of highbrow jazz and long-haired rock! In truth, most of these groups were probably raised on equal parts soul with all the other styles they were drinking up – and they probably also picked up a few members who got young training in school bands, then found a way to work with their guitar-playing friends – adding plenty of color and tone to the drums and bass that really drive the tunes. The set is a wonderful introduction to the genre – and not only mixes a few key classics with lots of overlooked gems – but also touches on some of the funkier nuggets that have been sampled over the years. Titles include "Toe Hold" by Al Kooper, "Run Back To Mama" by Chase, "Clown (part 1)" by The Flock, "One Fine Morning (LP version)" by Lighthouse, "It's Been A Long Time Coming" by Delaney & Bonnie, "Understanding" by Cold Blood, "Somebody Oughta Turn Your Head Around" by Crystal Mansion, "Tuane" by Hammer, "Roller Coaster" by Blood Sweat & Tears, "Clever Girl" by Tower Of Power, "Aunt Marie" by American Sound Ltd, "Gypsy Boy II" by Tobias Wood Henderson, "Blow Your Mind" by Donnie Brooks, "Boomp Boomp Chomp" by The Sons, and "Shoes" by Black Magic. ~ Dusty Groove