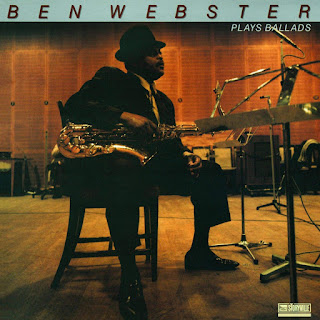 180g vinyl reissue of this Ben Webster LP that was originally released in 1988 and is complete with the original artwork. Although Ben Webster's artistic output is not solely synonymous with tender ballads, he could still have had an impressive career had he only produced the sweet, quiet melodies that he excelled in. The tracks from this release are taken from various recordings he did with The Danish Radio Group during the late sixties and early seventies. They represent some of the best ballads from his live repertoire. The band consists of some of the best Danish musicians at the time, including Niels-Henning Ørsted Petersen, Jesper Thilo and Palle Mikkelbord among others. The sound offers a warmth that suits the ballads perfectly, and the musicians accompanying Webster display the perfect ability to play their instruments subtlety. The album contains seven tracks in total, including well-known tracks such as Stardust, Cry Me A River and Willow Weep for Me. 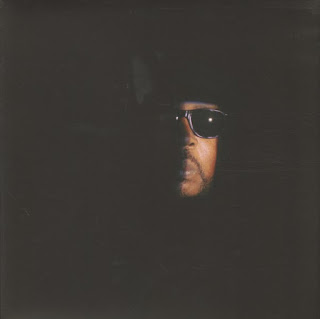 Soaring sounds from Kaidi Tatham – music that's upbeat and moving, yet wonderfully precise in its simplicity too! Kaidi works in this cosmic fusion style that owes plenty to the London style a decade or so back – but it also moves forward with a lot more live instrumentation in the mix, maybe the full flowering of the deeper jazz elements we always knew that Tatham had in his music! Keyboards are the main solo instrument, but there's plenty happening in the rhythms too – always complex, but never too heady – on titles that include "Cost Of Living", "Zallom", "Sugar", and "Don't Cry Now".  ~ Dusty Groove 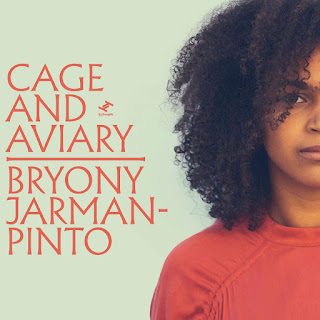 'Cage & Aviary' is the much-anticipated debut album from songwriter and vocalist Bryony Jarman-Pinto. Written over the course of three years, the album ties personal reflection to wider social issues, giving an intimate insight in to what it means to come of age in today's world. Sophisticated songwriting is brought to life with Bryony's harmonious vocals, layered with jazz, soul and elements of folk, creating a melodic sound that has charmed many major tastemakers, including Gilles Peterson (BBC 6Music), Jamz Supernova (BBC 1Xtra), Robert Elms (BBC Radio London), John Kennedy (Radio X) and Tina Edwards (Worldwide FM); receiving praise from publications ranging from Clash to Music Is My Sanctuary and DUMMY. 'Cage & Aviary' was created with long-time friend, collaborator and Tru Thoughts label-mate Tom Leah AKA Werkha, highlighting their capacity for musical exploration. "The album is built around my contemplations on life, love and myself and tying that in with wider global issues." Jarman-Pinto explains, "lyrically I have circled around the theme of family and securities I felt at a younger age, measured against my insecurities now and personal desires to my own femininity and personhood". This lyrical struggle is best represented in "Emerge", a track written at a time when Jarman-Pinto was experiencing her biggest lack of creativity and insecurity around her writing; she describes a breakthrough in writing, willing for one to come.