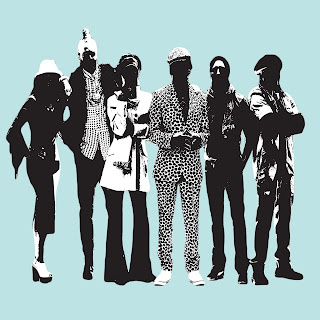 Bringing Back the Funk: Brooklyn Funk Essentials Celebrate Diversity and Their Brooklyn Roots on New Album

The creative relationship between Lati Kronlund and Alison Limerick spans decades and genres. It began back in 1990, when they released the club anthem “Where Love Lives.” That runaway success launched them both in different directions, sending Lati to New York City to found supergroup Brooklyn Funk Essentials.

“Where Love Lives” brought them back together again in 2016. Kronlund asked Limerick to sing with BFE at a gig in London, and everyone knew: she just had to join the line-up. With her voice as the cherry on top of their groove sundae, Brooklyn Funk Essentials holed up in a Stockholm studio to record their latest album: Stay Good (Dorado Records Release: Sept 20, 2019). A celebration of self-care and respect for diversity, Stay Good is fun, funky, fresh and more focused than ever.

The seeds that would eventually grow into Stay Good were actually sown back when Kronlund and Limerick recorded “Where Love Lives.” Around that time, Kronlund had written the first version of “Stay Good” and wanted Limerick to record some vocals on it. “The collaboration never materialized though,” Kronlund says. “So I thought it would be cool to bring it back!” “Stay Good” opens the album, and an updated version of “Where Love Lives” closes it out. Kronlund and Limerick’s collaborative relationship finally reaches its brightest potential.

Aside from the addition of Limerick’s legendary voice, the line-up of Brooklyn Funk Essentials has shifted throughout the years. Today, it consists of six musicians: UK-born Anna Brooks (sax & vocals), who was discovered and brought to the band by Iwan VanHetten (trumpet, keyboards & vocals). There are also Londoner Desmond Foster (guitar & vocals), Swedish Lati Kronlund (bass) and Swedish Roma Hux Nettermalm (drums). Some members are newer than others, but their diverse sounds come together to create an eclectic groove that has always been the essence of the Brooklyn Funk Essentials.

Musical Director Iwan VanHetten, Kronlund tells me, is largely to thank for the streamlining of the lineup. “Iwan was always after a smaller band with a more focused sound,” Kronlund muses. “It was strange at first, but now I appreciate the change and what it’s done for us”.  With their new stripped down lineup, Brooklyn Funk Essentials have been able to cultivate a special synergy with each other as musicians. Their relationship with Dorado Records continues to flourish, spanning 25 years, and now four albums. As a result, BFE are tighter and jammier than ever on Stay Good.

The lyrics of Stay Good’s opening and title track are a testament to this—how the group has changed and grown over the years as musicians. “In many ways,” Kronlund explains, “Brooklyn Funk Essentials has morphed into something completely new. But we’re all committed to stay good--to continue developing and improving as musicians.” The song is also about navigating times marked by rapid socio-political and technological change. “It’s so important to stay good in times like these,” Kronlund explains. “To side with compassion and stay true to yourself.”

Many of the tracks featured on this album, in one way or another, touch on or directly embody this idea of staying true while reacting to changing times. “Ain’t Nothing” features a duet from Foster and Limerick, as well some catchy chanting in Patois from Jamaican Foster. While the lyrics continue to transmit the album’s message of “staying good,” the idea of the song came from VanHetten, who was inspired by a studio session with neo-soul superstar Anderson .Paak.

“Watcha Want From Me” is another reimagining of a song that Kronlund co-wrote for the late Frankie Knuckles’ second record. Originally titled “Whadda U Want (From Me),” Kronlund changed the title to differentiate this new version. That’s not all that changed—the track features updated lyrics inspired by the Black Lives Matter movement. “For the instrumentation, we took it back to an 80’s boogie disco vibe--some of the origins of house music. The whole thing is a tribute to Frankie and BLM,” Kronlund tells me. “I think he would have liked it.”

Taking it back to the roots, to the essentials, makes sense here. All of the genres that Kronlund’s band has been influenced by started in New York City. And so even though Brooklyn Funk Essentials aren’t based in Brooklyn anymore, they’re still a Brooklyn band. “We’ve always been a very international band, and we still love Brooklyn and New York City. From the get-go, Brooklyn was not a geographical pinpoint for the band,” Kronlund explains. “The city represents to us a rich cultural diversity, and we try to make a community of diversity work just as well in our band as it does in Brooklyn, the borough.”