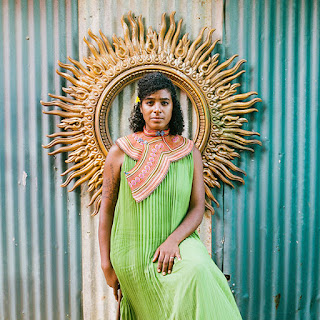 Leyla McCalla is a New York-born Haitian-American who sings in French, Haitian Creole and English, and plays cello, tenor banjo and guitar. Originally gaining national recognition as a member of the Carolina Chocolate Drops, she’s deeply influenced by traditional Haitian Creole music, American jazz and folk. Her music, reflective of social justice, is at once earthy, elegant, soulful and witty, vibrating with three centuries of history, yet is strikingly fresh, distinctive and contemporary. She’s appearing at the Monterey Jazz Festival on Sunday, September 29, 2019 at 6:00PM on the Garden Stage.

Inspired by the divided sociopolitical climate in the United States, Leyla's McCalla's 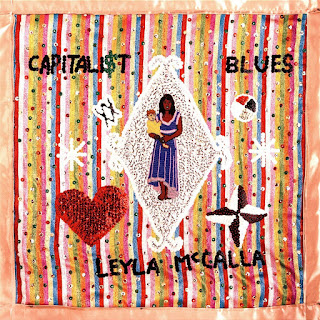 album The Capitalist Blues explores the psychological and emotional effects of living in a society where money is king, and the poor are left to fend for themselves. Despite the pessimism and cynicism the album's title evokes, these songs focus on recognizing that while we may feel overwhelmed by the injustice happening around us, we must always resist the temptation to be overcome by it. The Capitalist Blues is a clear musical departure from the folk approach of McCalla's first two critically-acclaimed albums. Comprising mostly original songs and increasingly steeped in the music of her adopted home of New Orleans and her ancestral home of Haiti, McCalla's songs span the musical spectrum from New Orleans traditional jazz to Zydeco to Haitian Rara.