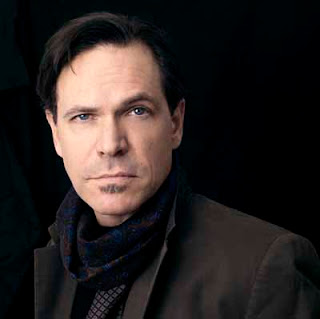 In addition, with a fourteen-year run atop the DownBeat Critics Poll, vocalist Elling promises a standout performance accompanied by the 17-piece Reno Jazz Orchestra.

“His music and wit appeal to the full range of music lovers, from the novice jazz fan to the most jaded jazz hipster,” said Chuck Reider, Music Director for the Reno Jazz Orchestra. “Elling does not regularly perform with big bands so this will be a real treat for all to experience an electrifying performance with this virtuoso vocalist and compelling storyteller featured with our contemporary 17-piece big band.”

The Reno Jazz Orchestra has been based in Northern Nevada for over 20 years and includes musicians who have performed and traveled the world with acts such as Frank Sinatra, Sammy Davis Jr., Elvis Presley, Natalie Cole, Luciano Pavarotti and other legendary performers.

“Thanks to our private donors and corporate sponsors, we are able to bring one of the most respected jazz voices to Northern Nevada for all to enjoy,” said Reider.

“Elling combines authenticity with stunning originality,” is how The Wall Street Journal describes his talents, while The Guardian has called him “a kind of Sinatra with superpowers.” The Toronto Star has gone so far as to say that “Kurt Elling is the closest jazz will ever get to having its own saint," while The Guardian makes up one voice in a chorus that has called him “one of jazz's all-time great vocalists."

Elling has not only thrilled audiences around the world in jazz clubs, symphony halls and festival stages, but at the White House, where he gave a command performance for President Obama’s first state dinner.

He has collaborated with jazz legends and classical orchestras; created multi-disciplinary theatrical works for the Steppenwolf Theatre and the City of Chicago; served as Artist-in-Residence for the Singapore and Monterey Jazz Festivals; and explored the fertile common ground between jazz and poetry, working with the words of Allen Ginsberg, Rainer Maria Rilke, Pablo Neruda and others.

Over the ensuing years, Elling has become one of the music’s most renowned practitioners of vocalese, the writing and performing of words over improvised jazz solos.

Taking the long view of Elling’s audacious and richly varied career, the Washington Post lauded, “Since the mid-1990s, no singer in jazz has been as daring, dynamic or interesting as Kurt Elling. With his soaring vocal flights, his edgy lyrics and sense of being on a musical mission, he has come to embody the creative spirit in jazz.”