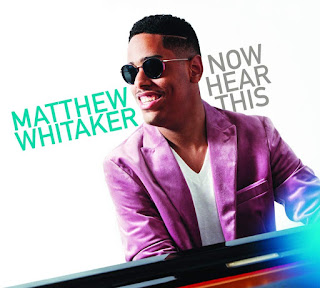 Having already appeared on the Today Show and The Ellen DeGeneres Show as well as receiving praise from Los Angeles Times and The New York Times, Whitaker is quite literally the inspiration that resilience can have on a persons life. Born in 2001 at 23-weeks premature, Whitaker lost his eyesight during the first 3 months of his life, due to the life-saving treatment he required at birth. Whitaker has created a truly remarkable album combining original compositions and covers of songs that have influence him throughout his life - supplementing his virtuoso piano skills with soulful Hammond organ and coloristic synthesizers. Now Hear This teams Whitaker with a stellar all-star band featuring guitarist Dave Stryker, bassist Yunior Terry, drummer Ulysses Owens Jr., and percussionist Sammy Figueroa. Keyboard great Marc Cary and flutist Gabrielle Garo also make special guest appearances. The album was overseen by GRAMMY® Award-winning producer Brian Bacchus, who has worked closely with the likes of Gregory Porter, Norah Jones, Randy Weston and Sullivan Fortner, among others. 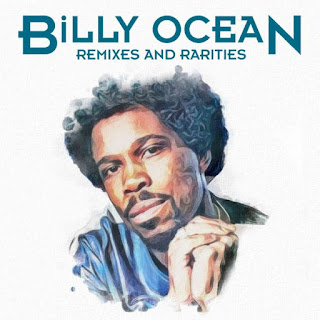 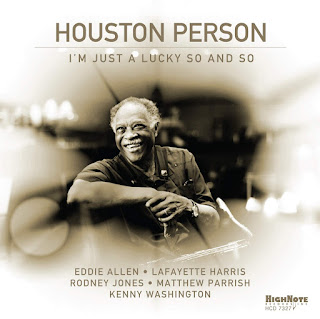 Houston Person - I'm Just A Lucky So And So

Houston Person may be one of the few still-active players in the long history of blues-drenched "boss tenors" that stretches back to Gene Ammons, Arnett Cobb, Eddie Lockjaw Davis, Bullmoose Jackson and others. Person has long exhibited a keen ear for simpatico musicians, ranging from his classic partnership with Etta Jones, to his series of superb duo encounters with bass master Ron Carter the man chooses his company skilfully. This date is no exception, as he negotiates his tenor in the company of first-class players. It's clear that his band mates took his studio-made admonition of "Right note or wrong note it's got to swing!" to heart for each one stands in complete harmony with Houston Person's noble intentions for this date. Personnel: Houston Person (tenor saxophone), Eddie Allen (trumpet), Lafayette Harris (piano), Rodney Jones (guitar), Matthew Parrish (bass), Kenny Washington (drums.)
Posted by Jazz Chill at 8:00 PM