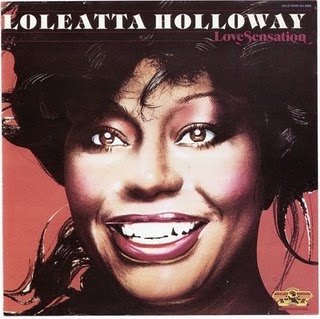 Disco singer Loleatta Holloway has died at the age of 64 after a brief illness. She was mainly known for disco songs such as "Hit and Run" and "Love Sensation", as well as many others. In the early 1970s, Holloway signed with the Atlanta-based label Aware, where she recorded two albums for the label, both of them produced by Floyd Smith—Loleatta (1973) and Cry to Me (1975). Her first single from the second album, the ballad "Cry to Me" rose to #10 Billboard R&B and #68 on the Hot 100, but before the label could really establish Holloway, it went out of business. In 1976, Philadelphia arranger and producer Norman Harris signed Holloway for his new label, Gold Mind, a subsidiary of New York's Salsoul Records. The first release from the album Loleatta was another Sam Dees ballad, "Worn-Out Broken Heart," which reached #25 R&B, but the B-side, "Dreaming," climbed to #72 on the pop chart and launched her as a disco act. She contributed vocals to "Re-Light My Fire" for Dan Hartman, who then wrote and produced the title track of her fourth and final album for Gold Mind, Love Sensation (1980). Eighteen songs of hers charted on the Hot Dance Music/Club Play chart, including four #1s. However, it was a ballad that proved to be another big R&B hit for her. "Only You" was written and produced by Bunny Sigler, who also sang with Holloway on the track, and it reached #11 in 1978.