Masterworks Jazz continues the celebration of the 40th anniversary of CTI Records, the beloved jazz label founded in 1970 by producer Creed Taylor with the release of 6 more classic reissues. They include: White Rabbit by George Benson, All Blues by Ron Carter (first time on CD in the U.S.), Prelude by Deodato, Pure Desmond by Paul Desmond, Concierto by Jim Hall, and Milt Jackson's Sunflower. The reissues are packaged in eco-friendly softpack sleeves that replicate the original gatefold LP design and their iconic covers most with photos by Pete Turner.

All Blues by Ron Carter makes its debut on CD in the U.S. (it was previously only released in Japan). Carter was voted Bassist of the Year in DOWNBEAT's Readers' Poll in 1973, 1974 and 1975, highlighting his work with CTI.

Deodato's Prelude includes his Grammy®-winning hit title track, an arrangement of Richard Strauss's fanfare from Also Sprach Zarathustra, used as the main theme in 2001: A Space Odyssey. This song is the biggest hit the CTI label would ever have. The album's title track won 1974 Grammy Award for Best Pop Instrumental Performance, and rose to No. 2 on the U.S. pop charts.

Pure Desmond by Paul Desmond was not only highly praised but it also brought to the spotlight the considerable talents of Canadian guitarist Ed Bickert. It also features Ron Carter on bass and Connie Kay on drums. Paul Desmond was voted by DOWNBEAT's readers into its Jazz Hall of Fame in 1977.

For his work on Concierto, Jim Hall received a Grammy® nomination in 1975 for Best Jazz Performance by a Soloist. He was also named Guitarist of the Year in DOWNBEAT's Jazz Poll in 1974, the year before he recorded Concierto.

Sunflower is the most revered album by Milt Jackson, one of the greatest of jazz vibraphone players, and most acclaimed improvisational blues instrumentalists of all time. He was a founding member of the legendary Modern Jazz Quartet, voted by DOWNBEAT's readers into its Jazz Hall of Fame in 1999.

Sony MASTERWORKS Jazz kicked off the 40th anniversary celebration with the release of CTI Records: The Cool Revolution, a deluxe 4-CD multi-artist box set retrospective in the Fall. Receiving rave reviews The Associated Press dubbed it "…the most comprehensive anthology to date" and NPR said it was "… as striking a portrait of the Jazz World in the '70s as you'll find anywhere."

Also released in the Fall was the double-CD restoration of California Concert: The Hollywood Palladium (1971) which included 90-minutes of music rarely heard and never before available. It is the most complete version of the historic Hollywood Palladium all-star concert recorded July 18, 1971. It doubles the content of the original five-song LP release with five additional tracks - three of them previously unreleased - and restores the original concert sequence for the first time. Creed Taylor hand-picked a dream team of CTI artists for the occasion: Freddie Hubbard, Hubert Laws, Hank Crawford, Stanley Turrentine, George Benson, Johnny Hammond, Ron Carter, Billy Cobham and Airto Moreira. Liner notes are by multi-Grammy winning musician-producer Bob Belden who says California Concert: The Hollywood Palladium "...ranks up there with the greatest jazz concerts of all time…" 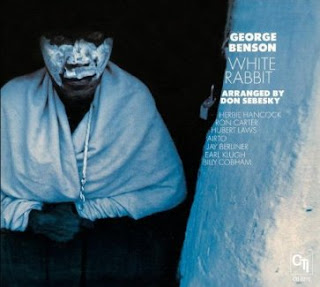 The celebration also included reissues of the first set of 6 classic CTI albums: She Was Too Good To Me by Chet Baker, God Bless the Child by Kenny Burrell, Red Clay by Freddie Hubbard, StoneFlower by Antonio Carlos Jobim, Morning Star by Hubert Laws (first time on CD), and Stanley Turrentine's Sugar.
In addition, Sony also released the following 180-gram vinyl LP reissues of 4 classic CTI albums using the original gatefold sleeve designs accompanied with digital download cards: Red Clay by Freddie Hubbard, Stanley Turrentine's Sugar, White Rabbit by George Benson and Prelude by Deodato.
In the 1970s, CTI, its music, its style and its discriminating quality transformed contemporary jazz. The roster worked almost like a repertory company, in which great musicians took turns in the spotlight and accompanying each other. The albums they and their colleagues created set new standards in their look as well as their sound. "[Creed Taylor's] plan was ingeniously simple, yet famously maverick: record top-tier musicians, keeping their artistic integrity intact while also making their art palatable to the people. CTI thus achieved that rare balance of jazz and commercialism," writes Dan Ouellette in the liner notes. CTI surpassed the majors and fellow indies to be named the #1 Jazz Label of 1974 by Billboard. The immediate success of CTI's recordings has echoed across the decades in a profound influence on jazz, pop, R&B and hip-hop.
Posted by Jazz Chill at 5:29 PM