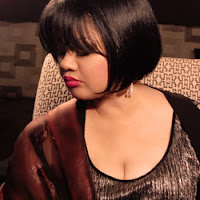 Back by popular demand, the show features star-studded performances including Grammy award winner Dave Valentin, Maysa, and Kim Waters. As most fans know, longtime Jazz/R&B music great Angela Bofill suffered a stroke in early 2006. Later that year, she received the SoulTracks Lifetime Achievement Award and appeared to be on her way to recovery. Unfortunately, in July 2007, Angie suffered another massive stroke and was in critical condition for quite some time. "We feel very fortunate to be able to present Angela Bofill's special New York City return engagement and support her in the next phase of what has been an amazing career," notes Sam Kimball, Smooth Jazz New York co-founder. "Fans recognize her musical contributions and continue to come out in full force to see this dynamic woman and the talented line up she has assembled to share her music."
The show features a narrative from Ms. Bofill and a musical presentation of the songs most relevant to her career. "Angel of the Night," "This Time I'll Be Sweeter," "Break it to me Gently," "Under the Moon and Over the Sky," "I'll Try," and many other songs will be performed by Bofill's longtime friend and confidante Dave Valentin, captivating vocalist Maysa, and critically acclaimed saxophonist Kim Waters. In between the talented line up's performances, Angela will provide on-stage narratives about the tunes, touching on some humorous anecdotes.
Smooth Jazz New York is a subsidiary of Marquee Concerts, producers of the CD101.9 Smooth Cruises for the last 12 years. With CD101.9 off the air, enthusiasts of this genre of music have come to rely on Smooth Jazz New York to fill the void. The organization produces and promotes New York's biggest and best Smooth Jazz shows and serves as the portal for live jazz shows in the New York Metropolitan area. Learn more at
http://www.smoothjazznewyork.com/
Posted by Jazz Chill at 1:53 PM