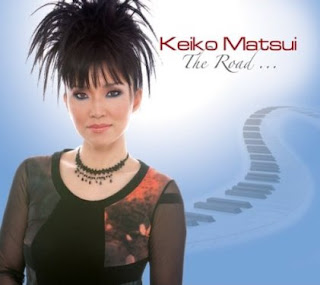 Keiko Matsui is a citizen of the world. She tours relentlessly and has brought her music to virtually every corner of the globe. Her music transcends boundary and her unique melting pot of musical influences have garnered her a devout international following. “Music has no borders and it creates a oneness among people,” confides the Japanese born pianist, composer and producer. “There have been many occasions when I have felt like music saved me. There is a connection between my fans and I and together in my music we are sharing harmony.” An activist by nature, Keiko (pronounced Kay-Koe means ‘happy, celebratory child’ in Japanese) has not only used her music to speak to the world but she has lent her voice to causes championed by organizations like The United Nations World Food Programme, Be The Match Marrow Registry and The National Donor Program and Marrow Foundation. With over a million and a half albums sold and scores of sold out concerts across the globe, Keiko Matsui is one of the brightest stars in instrumental music. Her free spirit and creative genius have afforded her the luxury to share the stage with everyone from Stevie Wonder and Miles Davis to Hugh Masakela and Bob James. Her latest release on Shanachie Entertainment is The Road…, Keiko’s long awaited, self produced and 22nd album released in the US. “Keiko Matsui is beyond category,” states Danny Weiss, VP of Jazz A&R for Shanachie Entertainment. “She is a great jazz player, of course, but her music has such strong classical, world and new age influences that the result is truly unique. But it is in her compositions that Keiko's genius outshines all others - her amazing melodies are simply breathtaking!”
The Road… is Keiko Matsui’s first new recording in four years and a follow-up to her acclaimed 2007 South African inspired Moyo, which features Hugh Masakela among others. “It is unusual for me to have such a long space between my albums so when I started recording this CD it was like a miracle,” says Keiko. “It is also the first time that I invited my band members from the road who have been going through my survival tour!” The Road… is a riveting collection of timeless, passionate, cathartic, emotional and exotic melodies, lush harmonies and global rhythms. “I have been constantly on the go touring and supporting my family,” shares the strikingly beautiful and introspective single mother of two. “When I started this project I spent a lot of time reflecting on the soul and where it comes from. I am on a new journey and have come this far and I still find that this life is wonderful…even the challenges create a beautiful tapestry and the road continues…” Keiko’s soul searching includes the ethereal shape-shifting title track, which exemplifies her ability and brings to mind some of the brilliance heard in great cinematic scores.

One of the most salient and recognizable elements of Keiko Matsui’s music is her gift for crafting memorable melodies, which she describes as a “mirror or reflection of herself at any given moment.” “I have always wanted to write melodies that stay in people’s hearts like traditional music or classical music, where the music lives on for centuries.” Keiko exhibits her affinity for melody on The Road’s opening track “Secret Pond,” which was inspired by a letter she once received. “A fan in the US sent me a note and told me that my music brings people back to the roots of their soul,” shares the soft-spoken yet commanding pianist. “His words have stayed with me and this song is about where we all begin our journey in this life.” “Embrace & Surrender” is another song that magnifies Keiko’s unmatched ability to make a song sing and exude tenderness and warmth. Her emotional attachment to the meaning behind this song transcends every note. “Playing this melody I expressed so much emotion that I was in tears. It is about the love that is found in you that is really deep but not carnal. There is something that connects everyone. We all have the ability to send love and receive love and we are all surrounded by a love from the universe.”

A high point on The Road… is Keiko Matsui’s collaboration with revered Cameroonian bassist, guitarist and vocalist Richard Bona, who co-wrote the songs “Nguea Wonja” and “Touching Peace.” “Richard is such a great artist and I believe that he has a special spiritual element that he connects to that when he plays and when he sings I feel like I am hearing an angel,” declares Keiko. The spirited dance-inducing “Nguea Wonja” (which means to ‘take pride in the road you are traveling on your journey’) and the divine ballad “Touching Peace” affirm the virtuosic brilliance and versatility of both artists. Bona also joins Keiko on the impressionistic “Falcon’s Wing,” which shines light on the pianist’s classical influences. “I love falcons,” she says. “I saw a beautiful picture of one that inspired me and following the song “Secret Pond” it was a natural progression to take flight and fly.”

Keiko Matsui is a consummate artist and freely at home in any musical context. As The Road… demonstrates she borrows from such diverse idioms as jazz, classical, rock, blues, world music, traditional music of the world and beyond. Keiko draws upon the appeal of all of these influences on “Bohemian Concerto,” an exhilarating show stopping number and the final song she composed for The Road... “This song came to me at the last minute while I was on a three-week Eastern European tour,” explains Keiko. “I had written the melody in a notebook but somehow the song just stayed in my head and I was singing it the entire tour. I could hear the string arrangements and everything. I felt like something was telling me to record this song.”

The road of life is sometimes circular and Keiko Matsui returns to her early beginnings on The Road…, joining forces with one of the first musicians she ever recorded with, drummer Vinnie Colaiuta, who appears on four of the album’s tracks, including the deeply moving “Awakening.” “It was great to finally connect with him. He was the first drummer I recorded with in the 80s along with Nathan East when I was a student. The two also later joined me on my US recording debut. “Awakening” also features saxophonist Kirk Whalum, who Keiko records with for the first time on The Road… He also appears on the song “Affirmation.” “His music and spirituality are always connected,” says Keiko. He is wonderful.” The idea of spirituality and music being intertwined is a recurring theme in Keiko Matsui’s music. She has often said that when she creates music it is as if she is offering her music as a prayer.

Keiko’s composing ritual is one of patience and dedication. “I always set aside special time for composing charts,” explains the dynamic artist. “I sit in front of the piano in a quiet space and wait to hear a melody come from somewhere. It may take all day but when I hear it I catch it and take note.” Although Keiko has always had a connection to music it was not something she originally thought she would do professionally until she came to the US and experienced the responses from the audiences. She does not come from a musical family; her father was a businessman and her mother had an affinity for traditional Japanese dance but both supported her musical endeavors once they gleaned the happiness it brought their daughter.

Keiko Matsui made her US recording debut in 1987 with the recording A Drop of Water. Under Northern Lights followed in 1989 and her subsequent albums of note include, No Borders (1990), Night Waltz (1991), Cherry Blossom (1992), Doll (1994), Sapphire (1995) and Dream Walk (1996), which remained on the Billboard Contemporary Jazz Chart for over 15 months and further cemented her reputation as a force to reckon with. In 1997, she launched a tour dedicated to raising awareness of breast cancer, and released a four-song CD entitled A Gift of Hope that benefitted the Y-Me Breast Cancer Organization. Her music was prominently featured in Say It, Fight It, Cure It, a Lifetime special profiling several courageous women battling breast cancer. “My fans come from all backgrounds and I have been approached by various foundations to join in their efforts. When I hear of a cause that resonates with me that I can dedicate my music to then I am always willing. It is my way to show gratitude and give back,” states Keiko Matsui. In 1999, the pianist performed at "A Golden Moment," a skating concert featuring Olympic figure skaters Kristi Yamaguchi, Tara Lipinski, Ekaterina Gordeeva, and Katarina Witt, which benefitted the Susan G. Komen Foundation. 1998 saw the release of her album Full Moon And The Shrine which was accompanied by the acclaimed PBS-TV special Keiko Matsui: Light Above The Trees. In 2000, the special earned Keiko a National Smooth Jazz Award for “Best Long-Form Video Achievement” and she was honored with an award for “Best Female Artist.” She claimed the award again in 2001. During this time she released the poignant recording The Ring, which was meant to communicate a message of peace, compassion, and humanity to listeners around the world.

Keiko Matsui’s CD Deep Blue (2001) topped Billboard’s Contemporary Jazz charts for three consecutive weeks. Keiko is the first Japanese artist to achieve this honor. In 2003 she enjoyed success with her recording The Piano, which featured reinventions of some of her most loved original works. In 2004 the title track of Keiko’s Wildflower was used to support the United Nations World Food Programme’s efforts in Africa. "I decided I wanted to support the WFP after learning about the tremendous problems in Africa and how humanitarian assistance can change people’s lives for the better," shares the activist." Keiko has also collaborated with A3M (Asians for Miracle Marrow Matches) in numerous charity concerts. In addition proceeds from her 2001 mini-CD, A Gift of Life, went to The National Donor Program and Marrow Foundation in support of A3M. In December 2009, the highly sought-after pianist was asked to put together a Christmas show at the Blue Note club in Tokyo, which was a major success and in November 2010 she made her highly anticipated debut at the Blue Note in NY, which was sold out. Keiko also recently recorded and toured with Bob James on a 4 Hand Piano project that will be released in 2011. Keiko depth as a composer has also allowed her to contribute music to soundtracks in Japan, the U.S. and Russia.
Fortunately for us The Road… continues for Keiko Matsui and she is inviting us along for the ride. “Music, touring and recording are not like a job for me but more like my calling. It is these experiences that energize me,” says Keiko. “ I look forward to sharing the oneness with people when I am on the road. We all need to stop fighting and come together. Music has a magical power that brings people together and I am hoping my music will help to bring harmony to the earth. This album is so special and important to me. I hope my music can reach inside my fans and touch and move their souls.”
Posted by Jazz Chill at 5:23 PM