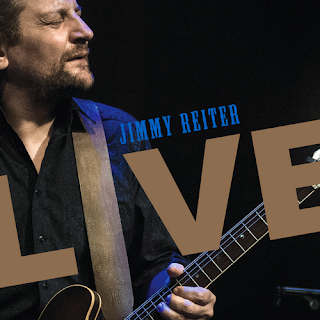 Whether from a small club stage or a large outdoor festival, the Jimmy Reiter Band is well-known for their spirited shows and sharing their passion for blues with their audiences, as is well documented on the band's upcoming album "Live", recorded in Osnabrück, Germany and Vienna, Austria. Filled with almost 80 minutes of material from their previous studio albums as well as long-time audience favorites, Reiter and his band are at the top of their game, doing what they love the most."Live" was partly recorded at the band’s annual concert in January of 2020 at the "Blue Note" club in Reiter’s hometown of Osnabrück, Germany. For the event, The Jimmy Reiter Band was augmented by special guests Dmitry Suslov (tenor sax) and Jürgen Wieching (baritone sax), adding a further dimension to these recordings. The remaining songs are taken from a show at the "Vienna Blues Spring“, broadcast on Austrian radio by ORF in 2019. 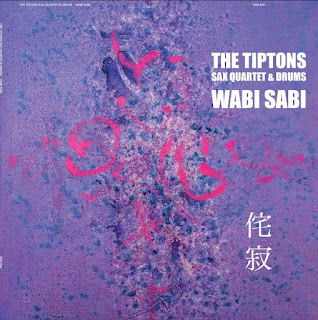 The Japanese philosophy "Wabi Sabi" translates roughly as “find beauty and take pleasure in the imperfect”. For an ensemble like The Tiptons Sax Quartet and Drums that's been scattered across time zones for much of its existence this philosophy comes in handy. And as if to put them to the test, while recording in Seattle in Jan 2020 each band member came down with the worst case of the flu imaginable right in the midst of recording, often having to lie down in between takes (or was it the flu...?). Yet, the band persevered and somehow managed to record everything in three days. That is the spirit behind the band’s new single “Wabi Sabi” (out Feb 19, 2021). The track promises a forthcoming collection of new music from The Tipton's upcoming album Wabi Sabi (out April 2, 2021 on Sowiesound Records) to illustrate the sometimes unexpected beauty in our chaotic world. 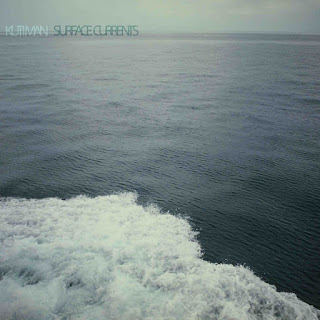 “Music for doing things”. That’s the intention Kutiman had for Surface Currents, his forthcoming album of ambient atmospherics and modular experiments (April 2, 2021). But its beautiful sounds are deeply calming and refreshing, making this a perfect album to do nothing to as well. Composed and recorded at his home in the middle of the Negev Desert, where the solace and tranquility of his surroundings allow him to truly stretch his creativity, Kutiman’s quiet and solitary lifestyle imbues this project with an ethereal yet joyous aura. On the title track, built around a bed of piano arpeggios, Kutiman weaves other-worldly synth flutes, soothing siren sounds and subtle wooden percussion. The quiet addition of birdsong only cements the feeling of sunrise.  The low-end synth drones on “Offshore” resonate directly through your body, harmoniously complemented with harp-like keys and deep humming.  Finally, the beautiful “Coral Blossom” has the jazziest feel on this collection, as weightless piano motifs interplay with synthetic bass tones.