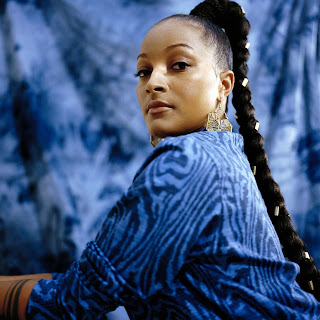 SOURCE, out now on Concord Jazz, is an album the New York Times described as “a life’s worth of experiences into an hourlong listen.” Produced by Garcia herself in collaboration with celebrated producer Kwes (Bobby Womack, Solange, Nerija, SOURCE serves as Garcia’s first full album to date. Her self-released EP, WHEN WE ARE (2018), the title track of which was described as “effervescent” by the New York Times, was named one of NPR’s Best Songs of 2018. Her debut EP, NUBYA’s 5IVE, released in 2017, was hailed as “exceptional” by the Vinyl Factory and sold out on vinyl within 48 hours. In 2018, Garcia was featured on five tracks of WE OUT HERE, the Brownswood compilation project celebrating London’s young and exciting jazz scene. She also won the Jazz FM Breakthrough Act of the Year Award and the Sky Arts Breakthrough Act of the Year Award that same year, and took home the Jazz FM UK Jazz Act of the Year Award in 2019.

Garcia studied under pianist Nikki Yeoh at Camden Music before joining Gary Crosby’s Tomorrow’s Warriors in her late teens and completing her training at Trinity Laban Conservatoire of Music. She is a member of the contemporary septet Nerija and has toured extensively internationally, playing venues and festivals across Latin America, Asia, Europe, Australia and the United States. Garcia’s reputation as a DJ is also burgeoning; she currently helms a hit radio residency on NTS.