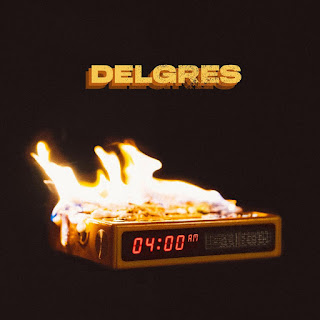 The music in 4:00 AM, the new recording by the Paris-based power roots trio Delgres, sounds gritty and full of energy. It's a brand of Creole blues built on strands of African and French Caribbean culture, Mississippi blues storytelling, and New Orleans grooves. The lyrics, sung mostly in Creole, address issues such as poverty, slavery, and the struggles of the immigrant searching for a better life. It's a powerful combination that conjures the spirit of the blues to speak up, but also celebrate and heal.

"The blues is not sad music," says singer, songwriter, and guitarist Pascal Danae, the founder, and leader of Delgres. "They might be talking about terrible conditions, about terrible losses, but the bottom line is hope."

4:00 AM, scheduled for release April 9 on [PIAS] Records, is the follow-up to the trio's potent 2018 debut release Mo Jodi (I’ll Die Today), and its music and themes, says Danae, are a reaffirmation of the group's origins.

"It is linked to the name of the band," explains Danae, whose ancestors were slaves on the French Caribbean island of Guadeloupe. The trio is named after Louis Delgrès, a Creole officer in the French Army who died in Guadeloupe in 1802, fighting against Napoleon's army, which had been sent to reinstate slavery in the French Caribbean. "Here's a guy who actually decided to give his life rather than go back to slavery. Once you have that in the background, you understand the themes in the songs. Our first album was linked to what Louis Delgrès did in his fight for freedom. Now in this second album, it's about our times."