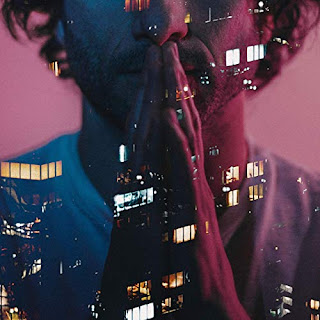 On his fourth studio recording, released May 24, 2019 via XM Records in partnership with Revive Music Group, Collin transcends all traditional notions of the modern piano trio.  The album features Collin on piano and the bass synthesizer Moog Taurus, Obed Calvaire on acoustic and electronic drums and Matthew Stevens on electric guitar, plus string arrangements composed by Kazuma Jinnouchi and performed by the Prague Philharmonic Orchestra.
"Tiny Lights are a reflection of your personal and unaffected blueprint. They symbolize the ceaseless intuition that flickers deep within, they push you to follow your true north, to pursue a vision that belongs to you, and you alone. They are the expression of your primal life force and drive you to become all you can become. Tiny lights live inside everyone." - Romain Collin
Described by NPR host Jon Weber as "a visionary composer, an extraordinary jazz pianist and a very bright young rising star in the jazz world," pianist, composer and Herbie Hancock Institute of Jazz alum Romain Collin transcends all traditional notions of the modern piano trio on his fourth full-length studio album Tiny LightsŠ Four years removed from the 2015 release of Press Enter, Collin's latest effort as a leader is a drastic departure from his earlier work. The concept record released in partnership with Revive Music Group is guided by an original and personal narrative about a boy on a journey to realize his "purest essence."

The theme of the album is derived from Collin's lifelong compulsion to manifest a universe of sounds, textures and colors that has inhabited him since childhood - a world that finds him composing heavily nuanced arrangements and exploring haunting existential questions through sonic experimentation. Tiny LightsŠ is colored by sharp turns and brilliant bursts of light that underscore the poignant statements dominating the trilogy of chapters that comprise the album.

Tiny LightsŠ is split into three moving parts and is scheduled for a three-stage release. Each stage reflects a part of Collin's fictional tale.
Tiny Lights: Genesis - Available April 12, 2019
Featuring three songs, part one of the EPK, a live video and music video.
"Inner visions of a promise and a destiny. The boy is pushed into the light violently, out of pain. Everything turns dark. There is noise and chaos, brutal and piercing, cold needles and blades crawling like ants. Tiny lights flicker, they whisper and gently move inside the boy's mouth and body. They make beautiful clicks and noises."

Tiny Lights: Blood - Available May 3, 2019
Featuring three more songs, the second part of the EPK and a live video.
"There is resistance and bloodshed, the eradication of the old to give birth to the new. His past seems tired and distant, his future unfathomable. The young man must realize his vision with his hands, his heart, his ankles and his knees. He stares deeply into the abyss. To create, the young man must destroy violently. Tiny Lights and his personal truth are all that he has."

"Every day the boy burns more intensely into his light, to be all that he can be, to give all that he can give. As he moves toward his purest essence, he slowly turns to gold and is swallowed whole by the ocean and the burning sun."

The record chronicles the protagonist's violent journey to transcendence, and moves deftly through expansive compositions with a frenetic pace that captures Collin's commitment to unbounded self-expression. The far-reaching, cinematic aesthetic of this album is supported by a unique approach to instrumentation that features Collin on piano and the bass synthesizer Moog Taurus, Obed Calvaire on acoustic and electronic drums and Matthew Stevens on electric guitar. Co-produced and engineered by Jeremy Loucas, this compilation of original music calls upon Romain Collin's experience scoring films, while reflecting a bevy of influences ranging from Bjork and Bon Iver to Steve Reich and Keith Jarrett. The group achieves a much more progressive, alternative sound than listeners might expect from a piano trio. The band's visionary approach is reflective of a collective urge for artistic growth, with each member of the group contributing to crafting specific parts and sonic textures around Collin's compositions. The seamless integration of music, text and video further transcends the constraints of the average sound recording to enable Tiny LightsŠ to take on a virtuosic and multi-dimensional life of its own. LA filmmaker Matthew Palmer directed the music video for Tiny Lights that move and Speak, and Spain-based production house Neutrø directed a short documentary, as well as a series of live video performances by the group.

"Overflow" opens the album with a luminous, pop-rock sound punctuated by acoustic and electronic percussion designed to be unique to the release. Collin's contrapuntal piano is doubled with his own voice and painstakingly crafted to sound much simpler than it is to perform. "This piece feels like light pouring out of one's mouth and nose, like a life force that can't be contained," explains Collin. "There Will Be Blood" is a call to arms. Its brooding, guttural grunge sound alludes to bloodshed and the necessary destruction of the old to make way for the new. It also borrows its ethos from the film of the same name, and exists as a tribute to composer and Radiohead guitarist Jonny Greenwood. "Dark Matter" explores the darkness of human nature and the personal, as well as societal, responsibility to confront it.

Composer Kazuma Jinnouchi is featured on Tiny LightsŠ, bolstering the contributions of Collin, Stevens and Calvaire with string arrangements performed by the Prague Philharmonic Orchestra on both "Dark Matter" and "Repeat & Fade;" the latter illustrates the inexorable journey from life to death. "Gold" conveys transcendence at the end of the narrative behind Tiny LightsŠ, as the peripatetic leader turns to gold and melts into the Pacific Ocean before being swallowed by the sun. "Tiny Lights That Move and Speak" is the title track and finds Collin further exploring electronics and vocal loops. The piece climaxes into a rock anthem, an explosion of sonic energy beautifully illustrated by Matthew Palmer's haunting music video.

The irony of the title Tiny LightsŠ is that the album is not, in fact, tiny at all. It is powerful, vividly colored and incandescent. It is an evocative journey toward the deepest urge within, a celebration of the unique life force imparted to all human beings.
https://www.romaincollin.com/