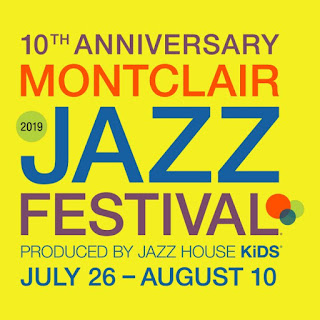 Each August, the MONTCLAIR JAZZ FESTIVAL, produced by JAZZ HOUSE KiDS® along with presenting sponsor The Bravitas Group/Silver Family Foundation, attracts more than 15,000 music lovers from across the region to Montclair, New Jersey, and reaches thousands more who tune in to the many live-streamed performances.

The MONTCLAIR JAZZ FESTIVAL transforms the vibrant, arts-rich New York City urban suburb into a musical mecca. The event culminates with a day of world-class jazz at Nishuane Park, with headliners that include Bettye LaVette, Joey DeFrancesco, Mark Whitfield, Christian McBride, Eddie Palmieri, Mike Lee, JAZZ HOUSE Collective, and inspired performances by the more than 125 talented JAZZ HOUSE KiDS emerging musicians from across the country and internationally who attend the acclaimed JAZZ HOUSE Summer Workshop.
The alter ego of six-time GRAMMY-winner Christian McBride, DJ Brother Mister will spin classic R&B, soul and funk on original analog vinyl from what he considers the "sweet spot" of dance music, from 1966 to 1986. Dance Party-goers will see why McBride is known as one of the most versatile artists on the scene today when he plays virtually all of the bass solos on his curated soundtrack of classic soul. Tickets go quickly to this can't-miss dance party kick off!

The exciting two-week run-up to Nishuane Park will be a jazz fan's dream, with smokin' hot music in the afternoons and evenings throughout Montclair Center. Every day of the week brings something special. On Wednesdays, the Montclair Social Club will host Piano Stars: Featuring Emmet Cohen Trio + Isaiah Thompson Trio (July 31) and the Ed Palermo Big Band (August 7). The players are two of the most accomplished young musicians on the worldwide jazz scene. Bandleader, composer and saxophonist Ed Palermo has an almost cult-like following among fans across multiple genres, as he satisfies everyone's musical tastes from Frank Zappa to classic jazz with his genius mashups.

On Thursdays, music fans will head over to the Montclair Brewery for high-energy performances by some of the most charismatic young performers on the scene today.

On August 1, the venue will showcase Matthew Whitaker's B-3 Organ Party. A music prodigy and longtime JAZZ HOUSE KiDS student, Whitaker's talents have taken him all over the world. In addition to television appearances on ELLEN and the TODAY show, and an upcoming 60 Minutes special, Whitaker has performed as a headliner on world-renowned stages, including Carnegie Hall, the John F. Kennedy Center for the Performing Arts, and many others.

The following week on August 8, the Montclair Brewery will host Gemini, featuring tap dance phenom Michela Marino Lerman and saxophonist Julian Lee, a JAZZ HOUSE KiDS alum and recent graduate of The Juilliard School. Lee, a recipient of the 2017 Lincoln Center Emerging Artist Award, is hailed as one of the most promising young saxophonists in New York City. Both Lerman and Lee perform with the dynamic band Mwenso and the Shakes, and have appeared at Jazz at Lincoln Center and most major New York City jazz stages.

New this year, the MONTCLAIR JAZZ FESTIVAL will take over the Montclair Center Stage in collaboration with the Montclair Center BID on Saturday, August 3 for Jazz on Church Street, five hours of live music with performances by JAZZ HOUSE KiDS Alumni All-Stars, Candice Reyes Quintet (CRQ) ft. Nathan Eklund, and the Oscar Perez Quintet. More live music can be found down the street at the DLV Lounge Backyard Concerts on Sunday afternoons with the JAZZ HOUSE Adult Community Band (July 28), and the Blues Jam Band (August 4). Ruthie's BBQ & Pizza will host its annual JAZZ HOUSE Jam (Date TBA). Returning this year, community partner Montclair Film will feature a four-part curated jazz film series at its screening room on Bloomfield Avenue on July 28 and August 2, 4 and 9.

GRAND FINALE – JAZZ @ NISHUANE PARK: Meet the August 10 Headliners
Curator of the Grand Finale at Nishuane Park and hot off his gig as artistic director of the Newport Jazz Festival, Christian McBride has assembled another stellar MONTCLAIR JAZZ FESTIVAL line-up for the 10th anniversary celebration. The list of all-star headliners includes soul singer Bettye LaVette, making her debut appearance on the Bravitas Group Main Stage. A true legend with a musical career spanning over 50 years, Ms. LaVette is rightly recognized as one of the finest vocalists and one of the great interpreters of song. Returning to the MONTCLAIR JAZZ FESTIVAL is the incomparable Eddie Palmieri, a 10-time GRAMMY Award-winning pianist, composer, bandleader and NEA Jazz Master. Christian McBride tops off the Festival with his powerhouse quartet of musical friends: Hammond B-3 organ master Joey DeFrancesco, guitarist Mark Whitfield, considered one of the young lions of his generation, and drummer extraordinaire Quincy Phillips.

Rounding out the day is saxophonist and JAZZ HOUSE KiDS faculty member Mike Lee, who performs regularly in New York City as a member of jazz ensembles including the Jimmy Heath Orchestra, Dizzy Gillespie Orchestra and Loston Harris Trio, to name just a few.

Returning this year is the JAZZ HOUSE Collective, which includes JAZZ HOUSE KiDS' renowned faculty. Each year, the Collective showcases the music of a jazz luminary; this year the group celebrates the centennial of Art Blakey, known as the guru of hard bop. The Collective will pay tribute in grand style with a set themed "Free for All," named after Blakey's most dynamic album of the same name.

Straight from the set of NBC's Chicago Med, award-winning actor S. Epatha Merkerson returns as host to lead the festivities as Mistress of Ceremonies, along with WBGO on-air personality Gary Walker.
Posted by Jazz Chill at 2:42 PM