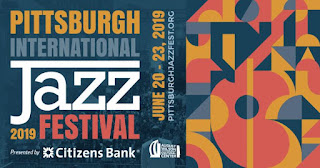 As a signature program of the August Wilson African American Cultural Center (AWAACC), the Pittsburgh International Jazz Festival (PIJF) is curated and directed by Janis Burley Wilson, the President & CEO of the AWAACC, who created and directed the Jazz Fest since its founding in 2011. The festival is a combination of free outdoor concerts and ticketed shows inside the AWAACC.

PIJF officially kicks off on Thursday, June 20th with a Wall of Sound Series performance by drummer, producer, beat scientist, Makaya McCraven. Tickets are on sale for this show in the intimate CAFÉ.

The evening of Friday, June 21st starts with the signature Jazz Crawl around town featuring the some of the best regional talent from 5:30-7:30pm. At 7:30pm on Friday, Butcher Brown plays the Smithfield Stage, FREE. At 8:00pm, Patti Labelle will take to the stage at AWAACC.

Also on Friday, the highly anticipated Taste of Jazz party begins at 9pm at AWAACC. The celebration includes tasty samples from close to twenty downtown restaurants, and a sampling of different styles of jazz throughout the night.

On Saturday morning, June 22nd, The Pittsburgh Cultural Trust is excited to welcome families for a FREE morning of jazz! The performance, Jazz Time! will engage both children and adults at 805 Liberty Avenue.

Ticketed, late sets on Saturday night in the pop-up jazz club, the Jazz Studio at PIJF include the Tamara Tunie CD Release Party. Following Ms. Tunie's set is the New York based jazz vocalist, Paul Jost and his quartet. Tickets are on sale for the Saturday Jazz Studio Sessions here.

The Daughters of Betty is a project of the Black Women Rock Coalition, featuring the legendary, Nona Hendryx. Founded in 2004 by acclaimed poet, jessica Care moore, the band features up to twenty women musicians on stage, inspired by artists like Betty Davis and others that were trailblazers in rock, funk and soul music. Tickets on sale now for Daughters of Betty, 9:00pm at AWAACC Theater on June 22nd.