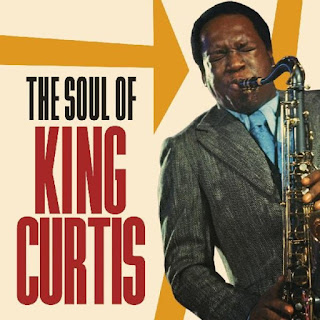 Searing sax instrumentals from the great King Curtis – plus a lot more too – as this package not only brings together the King's records as a leader for Enjoy Records, but also digs up lots of performances as a sideman for that famous Harlem record label too! The grooves here are raw and ready, nice and tight, and done with a nitty gritty style that might have been funk if the cuts were recorded a few years later – but which definitely had a bit influence on countless soul instrumental modes to come, both in the rhythms and in King's wicked lead work on saxophone! The package features some of the best instrumental singles that Curtis cut for Enjoy Records, from his Soul Twist album and other singles – and CD2 also features material that Curtis cut for Enjoy as a soloist on records for other artists! CD1 features 18 tracks that include "Soul Twist", "Twisting Time", "The Monkey Shout", "Hot Potato", "Midnight Blue", "Wobble Twist", "What'd I Say (parts 1 & 2)", and "Big Dipper". CD2 features tracks that include "Our Love Will Never End" by The Avons, "I'm Gonna Catch You" by Curtis Carrington, "Madisonville USA (parts 1 & 2)" by The Strolls, "Juicy Fruit" by Rudy Greene, "Fine Little Girl" by The Arcades, "Ice Cream Baby" by The Pearls, "Air Raid" by Curley Hammer, "Mama Don't Allow" by Tyron Rowe, and "Korea Korea" by Bob Kent. ~ Dusty Groove 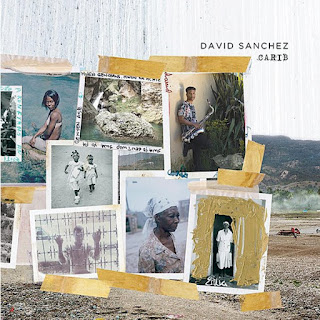 David Sanchez kicks off the album's liner notes with a great discussion on the African diaspora and its influence on music – one that's always been strongly felt in David's recordings, but which seems to come through even more strongly here! The record's definitely jazz, but borrows lots of rhythmic conceptions from around the globe – using a fair bit of percussion at the bottom of the sound, which is balanced nicely with strong, soulful tenor lines from Sanchez, waves of color on the guitar from Lage Lund, and a mix of piano and Fender Rhodes from Luis Perdomo! There's some especially great interplay between the angularity of the tenor and the warmer, rounder currents of the guitar – on titles that include "Madigra", "Wave Under Silk", "Mirage", "Fernando's Theme", "Canto", "Land Of The Hills", and "Iwa". ~ Dusty Groove 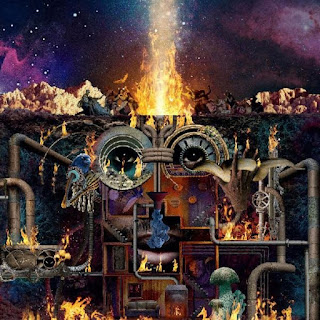 Fantastic sounds from Flying Lotus – an artist who just keeps on pushing past any conventional expectations, to a point where his music is almost a genre unto itself! The record's got this very tripped-out sort of vibe – very much in keeping with the image on the cover – and while many others are exploring this territory of late, few ever even get close to the right sort of mix that's going on here – subtle elements of soul, funk, jazz, hip hop, and maybe a million other influences – all flowing through the double-length space of the set, as it Flying Lotus redefines the sound of soul in the modern age. The set's got guest work from Thundercat, Shabazz Palaces, David Lynch, George Clinton, Anderson Paak, Little Dragon, Solange, and others – and titles include "Post Requisite", "Takashi", "Spontaneous", "More", "Burning Down The House", "Actually Virtual", "Find Your Own Way Home", "The Climb", "Debbie Is Depressed", "Black BAloons Reprise", and "Land Of Honey". ~ Dusty Groove