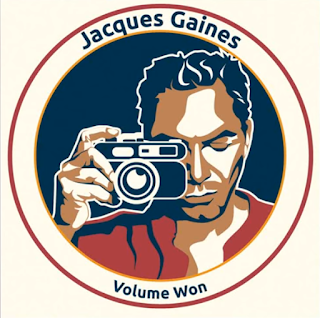 Jacques Gaines was born in Tacoma Washington USA of a French Canadian mother and an African American father.  He was born on a US air force base where he spent one year of his life before his father was stationed at McGuire air force base in New Jersey where Jacques lived until the age of 7. When his father retired from the Air Force, Jacues moved to his mother’s native town Québec city, Canada. Until the age of 18 he would call Quebec City home. From the age of 18 to 25 Jacques went to live in Lennoxville, Québec and then Montréal, Québec to pursue a bachelor studies in Economics and Finance at Bishop’s University.

After being disillusioned with the business world he moved back to Québec city. Lack of money and a goal put him right back at his parent’s house. In 1993 a close high school friend from the past, Brian Tuppert, came to Jacques with a music project that he couldn’t refuse.

This, for him, was a turning point and what would define his whole being. Although he did not know it, it awakened the idea that it would actually be possible to make a living off of being creative. So in 1994 they co-founded a band called Q-City. The members were Brian Tuppert (co-writer), Pierre Curado (keyboards and programmer), and Jacques (singer, songwriter). For a diverse number of reasons Q-City evolved into Soul Attorneys with members Eric Filteau (Keyboards, programming, co writer), Mathieu Dandurand (guitars, co-writer) and Jacques (singer, songwriter).  An energy, a vibe, and a hunger developed between the four members and they went on to earn, a Canadian gold record, an ADISQ nomination, a 36 date tour with Celine Dion and lots, lots more.

But during this time a great deal of soul searching occurred. It was a time of realization for Jacques that the be all and end all of “having a record contract” was only the beginning of his journey to creative enlightenment. 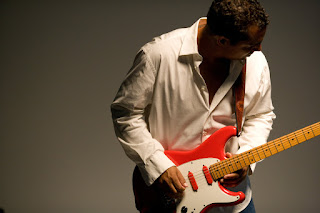 “Ever since that day when Brian Tuppert came up to me I have done many things. I have four albums to my name (3 English and 1 in French). Plus, lots of heartache, much joy and love experienced and a lot of intense emotion. It has definitely been a ride. Altogether, my musical career as a frontman lasted roughly 14 years with its conclusion being my last solo album in 2007 called “For”.”

“I loved it all, but I believe my work during the time I was a frontman, emanated a
general feeling of malaise, not only in the music I had done, but also even the general feel of anything done during this period. Something was always a bit out of kilt with each and every album that I made. On the first Soul Attorneys album, I was sort of green and innocent. On the second album (J.Gaines and the Soul Attorneys) I was dealing with the fact that I was now solo and was uneasy with the fact of being alone. The third album (the French album) was what it was. The fourth album was just an artist with a lot of baggage trying to redefine himself. I listen to those albums and sometimes cringe at some of the decisions that I made. At the same time I am proud and consider myself privileged to have been able to do what I did for the time that I did it. I have charted over 8 songs in one Top Ten list or another and I am proud of these songs. Better Man, So They Say, These Are The Days, Give A Little Love, Trace Of Tracey are songs that I will wear with pride.”

From 2007 all the way to 2016 Jacques distanced himself from music as a singer songwriter. Concentrating on music as a support role for circus artists and working on soundtracks for TV and film, he also honed his skills in the visual arts which included photography and video. But the itch to write songs was always there. In 2016 he was offered the chance to work on a solo album with Vega music and took it.

Today Jacques Gaines has been working on his own terms developing a business as a photographer, corporate and creative videographer, working to build a community of photographers on YouTube with his YouTube channel and developing a whole gamut of creative visual and audio projects in association with the Quebec City artistic community. Due to the fact that he has found other ways to live as a creative person, his craft and attitude as a writer and composer of music has matured. His latest musical project called Volume Won reflects this. The very fact that the project took roughly 16 months to complete is a testament to his new found ability to allow things to live and evolve in their own time. He always speaks of now allowing others to shine through his craft as well. This is reflected in his collaborations with some of Canada’s best musical artists including the likes of Kim Richardson, Luce Dufault, Bob Stagg, Gilles Tessier, Fresh Corleone and Rodney Skerritt.