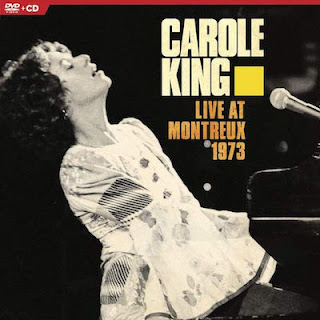 Carole King’s very first performance outside of the U.S. took place in 1973, at The Montreux Pavillon as part of the world-famous Montreux Jazz Festival. Released for the very first time, this concert film was captured two years after she altered the course of pop history with Tapestry, and one month after she issued the album Fantasy. Carole performs with heartfelt energy, playing classic hits such as “It’s Too Late,” “I Feel The Earth Move,” “You’ve Got A Friend” plus standout tracks from Fantasy - “Believe In Humanity” and “Corazón”- as she is backed by an ensemble of top musicians.  Also includes: “Smackwater Jack,” “Home Again,” “Beautiful.” “Up On The Roof.” “Fantasy Beginning,” “You’ve Been Around Too Long,” “Being At War With Each Other,” “That’s How Things Go Down,” “Haywood,” “A Quiet Place To Live,” “You Light Up My Life,” “Fantasy End” and “(You Make Me Feel Like A) Natural Woman.” 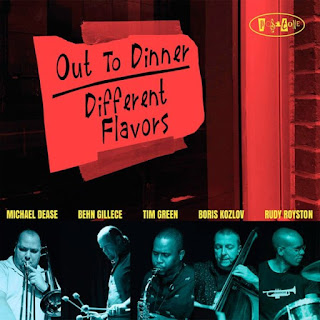 Out To Dinner - Different Flavors

A fantastic all-star group of players who've recorded separately for the Posi-Tone label – coming together here with a very fresh sound! You'll definitely recognize a few names in the quintet – which features Michael Dease on trombone, Behn Gillece on vibes, Tim Green on alto, Boris Kozlov on bass, and Rudy Royston on drums – and the mix of vibes and trombone in the frontline is really fantastic – maybe no surprise, though, as we've always been huge fans of Gillece – who wrote a good number of tracks on the set – although Kozlov, Royston, and Dease also contribute some numbers. There's a very fresh sense of rhythm on the record too – thanks in part to the work of Kozlov and Royston, and the lack of a piano – and titles include "Day Zero", "Blue Sojourn", "Night Glow", "Rio", "Spun Around", "Grave Concerns", "Two Down", and "Pay The Piper". ~ Dusty Groove 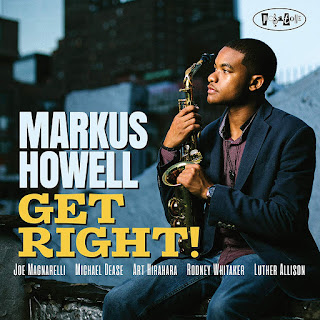 Alto saxophonist Markus Howell unleashes a big sound on his strong debut, "Get Right!" The album features a well-balanced program of Howell's exciting compositions along with a few tasty covers thrown in for good measure. Howell is joined on the date by front line special guests trombonist Michael Dease and trumpet player Joe Magnarelli, and receives solid support from his rhythm section of pianist Art Hirahara, bassist Rodney Whitaker, and drummer Luther Allison. This hard-hitting session really swings solidly from beginning to end, and will certainly delight straight forward jazz fans everywhere. We feel confident our ardent and dedicated listeners will elicit an engaging response when Markus Howell's dynamic performances suggest an earful of good reasons for them to "Get Right!"