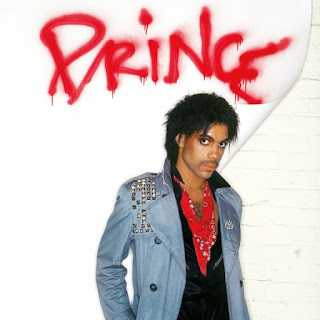 A fantastic collection of unreleased material from Prince – not spare demos or home recordings, or studio snippets either – but instead some fully-formed songs that come right from the glory days of the singer's career! Almost all the material here is from the early 80s – and most tracks were later recorded by other artists in the Prince spectrum – including The Time, Apollonia 6, Mazarti, The Family, Jill Jones, and Sheila E – but are done here by the man himself, with all of the slinky, funky qualities that he brought to his own music at the time – qualities that are especially well-noted on some of the other cuts that were recorded by The Bangles and Kenny Rogers – which really feel different in the hands of Prince. Titles include "Love Thy Will Be Done", "Nothing Compares 2 U", "Baby You're A Trip", "Manic Monday", "Jungle Love", "Sex Shooter", "Noon Rendezvous", "Make Up", "The Glamorous Life", "Holly Rock", "You're My Love", "100 MPH", "Dear Michaelangelo", "Wouldn't You Love To Love Me", and "Gigolos Get Lonely Too". ~ Dusty Groove 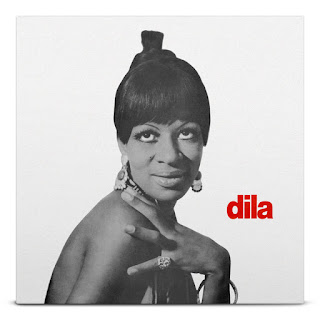 Far Out Recordings is releasing the first and only album from the mysterious Brazilian vocal sensation Dila (pronounced “Jee-la”). Having reportedly died in a car crash shortly after the album’s release in 1971, there is very little known about the woman behind the voice. But the joyous music Dila left behind, gives us a picture as good as any, of a powerful feminine soul at the top of her game. The liner notes on the elusive original LP, written by composer Arnoldo Medeiros attest: “Friend, look out! Because when this girl starts to sing, you’re in trouble. Hold the railing so you don’t fall down the stairs, because she’s coming this way and shaking up everything.”  Arranged and produced by Durval Ferreira, alongside his studio band affectionately known as “Os Grillos” (The Crickets), Dila (1971) is a rare glimpse into the authentic soulful Samba sound of Rio’s favelas in the late sixties and early seventies. A blast of funky, percussive Brazilian breaks, scorching hot brass and swing-laden piano, the music is as iconic as the album’s stark cover, as is clear on opener ‘Inez’, composed by The Crickets’ bassist Romildo. There’s a fantastic interpretation of the Ivan Lins classic ‘Madalena’ (made famous by Elis Regina), a moving version of the Tom Jobim and Vinicius De Moraes classic ‘O Morro Não Tem Vez’, and a number of sunny original compositions by Arnold Madeiros, who’s other writing credits include music for Marcos Valle, Wanderlea, Evinha and Dom Salvador. With original LPs extremely hard to come by, this rare treasure of Brazilian soul, which fans of Gal Costa, Celia, Evinha and Elis Regina will love, gets a much-deserved official reissue: remastered and pressed to 180g vinyl. 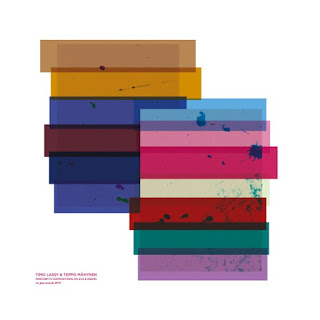 Music that you'd hardly expect, if you only know the more groove-oriented side of saxophonist Timo Lassy – the sounds he's given us from the Ricky-Tick years onwards – because this album is straight jazz overall, and a relatively improvised one at that! The album shows off a whole different side of Timo's talents – one we didn't know he had at all, and which really shine out here a lot more strongly than on some of his records with more programmed rhythms – thanks in no small part to the really creative efforts of drummer Teppo Makynen, who duets here with Lassy on tracks that really run the gamut – not free jazz overall, but certainly with a similar spirit – all inside, often rhythmic, but with much looser, more open, and wonderfully expressive solos than we've ever heard from Timo. Teppo's great, too – very creative on the drum kit as a whole, with lots of cool percussive effects – on titles that include "Fallow", "Goldenrod", "Aero", "Kobi", "Heliotrope", "Dark Cyan", "Firebrick", "Resolution Blue", "Catawba", and "Liberty (part 1)".  ~ Dusty Groove, Inc.