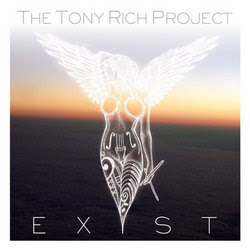 The Detroit-born, Tony Rich began his career as a songwriter and producer, penning songs for Elton John, Boyz II Men, TLC and Johnny Gill, before releasing his 1996 debut album, Words. The hit single spawned from that album, "Nobody Knows", peaked at number two on the Billboard Hot 100 chart and climbed to number one in the UK. This propelled the single and album to sell more than one million units each and in 1997, Rich won a Grammy Award for the Best R&B Album. Since then, Rich released three critically praised albums: Birdseye, Resurrected and Pictures.

Now Tony Rich has released his newest album, EXIST, on September 23. EXIST has been described as a collection of songs that speak both to the heart and the mind. The lead single 'Part the Waves' currently sits at #31 (w/ a bullet) on Mediabase Urban AC chart. The album reviews are pouring in from the critics: Overall, the entire album is a melodic 11-track set that blends elements of soul, jazz and funk into what can best be described as a moving masterpiece. From the sensual tones of 'It Would Be A Sin (Without U)', to the familiar comfort of 'Jordan,' EXIST features all Rich-penned songs.

He was so inspired by his body of work that he photographed himself for the CD layout and designed the album packaging. The most intriguing of the photos is the CD back cover depicting a naked Tony Rich. While the image is polarizing, it is meant to show that one 'exists' even when stripped of all his or her worldly possessions. This is reflective of his career; starting with his huge commercial success in 1997 through the years of his fans wondering 'Where is Tony Rich' and finally the present, with him finding a home with Hidden Beach, known for its roster of quality artists.
Posted by Jazz Chill at 4:26 PM