Grammy Award-winning songstress Natalie Cole is back on the road this fall in support of her September release, Still Unforgettable, the highly anticipated follow up to the Grammy-winning favorite, Unforgettable ... With Love. Highlighting Cole's interpretation of timeless standards from the American Songbook as well as showcasing her signature hits, the tour will also feature an
accompanying big band. The tour hits Spotlight 29 Casino on January 17, 2009.

Natalie is an eight-time Grammy (R) Award winner, an accomplishment that speaks to her musicianship, her critically acclaimed abilities as a vocalist and her connection to her fans. Her canon includes such No. 1's as "This Will Be (An Everlasting Love)," "Inseparable," "Our Love," "I've Got Love On My Mind," "Pink Cadillac" and "Miss You Like Crazy." She has sold more than 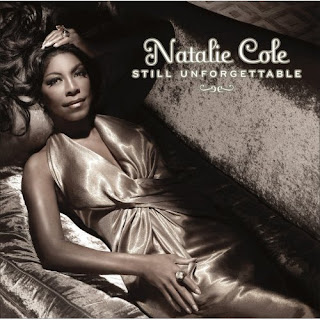 Still Unforgettable is a 14-song collection that captures Natalie Cole's supple voice and impeccable phrasing as she continues her exploration of beloved American pop standards. Recorded in the legendary Capitol Studios in Hollywood, CA, the album features Cole lending her voice to such classic tracks as "The Best Is Yet To Come," "Nice 'N Easy," "Come Rain Come Shine" as well as a memorable duet with her late father Nat King Cole on "Walkin' My Baby Back Home."

For this new album Cole looked beyond songs made famous by her father. "I decided to go deeper into the American Songbook and not just get songs from my father, but also from Frank Sinatra, Lena Horne, Sammy Davis Jr. and Peggy Lee. The lyrics of these songs are about life. As a singer, they take me and my audience on a winsome journey." The live show will feature performances of these musical gems, accompanied by a big band. "I still love recording and still love thestage, but like my dad, I have the most fun when I am in front of that glorious orchestra or that kick-butt Big Band."
Posted by Jazz Chill at 1:38 PM