John Legends got another new album, EVOLVER, slated for release on Tuesday, October 28, and the multi-platinum-selling multiple-Grammy-winning artist has joined forces with CBS Television Network to help launch the album. Legend has given "Green Light," the album's first single, to CBS for use in the network's upcoming fall lineup promotional campaign, "The Biggest November Ever is Ready to Go on CBS," while a variety of tracks from EVOLVER will be heard during CBS daytime and prime time programming on October 28 and 30. In addition,, John Legend will also make appearances on CBS's morning news and late night programm 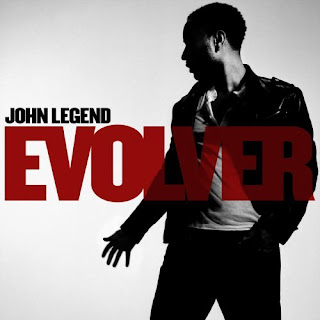 The CBS on-air promo spots will feature shots from John's "Green Light" music video intermixed with images from the network's hit dramas, comedy and reality programs. Scheduled to launch Monday, October 27, "The Biggest November Ever" campaign will be broadcast nationally on the CBS Television Network as well as through local affiliates. John's "No Other Love" will be heard in the October 28 episode of "NCIS," Tuesday's #1 rated program and ranked #3 among all primetime shows. On October 30, CBS is also featuring John's new song "Cross the Line" on "The Young and the Restless," the top rated daytime drama for nearly 20 straight years. In addition to the CBS-sponsored opportunities, John Legend has been separately booked for appearances on the CBS shows "The Early Show" on October 28 followed by a performance on the "Late Show with David Letterman" on October 30.