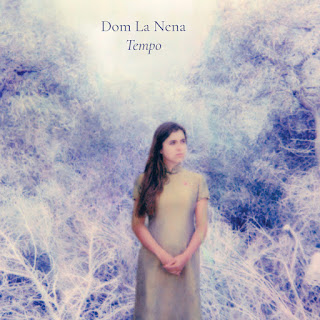 Dom La Nena releases a stunning music video for her song “Todo Tiene Su Fin.” The song first debuted with Complex who said, “La Nena puts her talents as a producer to full use, employing minimalist arrangements to maximum effect.” The new single is from the forthcoming album, Tempo from Six Degrees Records.

Tying into the album’s theme of time (or tempo in Portuguese), the song’s title “Todo Tiene Su Fin” translates to everything has its end. A concept punctuated by the music video as Dom La Nena comments, “In the video we see this little girl, still a baby, is just starting her life, observing the world in all its beauty and mysteries. In the city, she witnesses people glued to their screens, and on the beach there is a dying bird spending its last moments staring out at the ocean. This song is about the cycle of births and deaths, endings and new beginnings, the desire to do or to be different the next time... so it was striking to find the 1985 interview of French novelist Marguerite Duras describing the world as we actually live it today, absorbed by technology, destructive in many ways, where people are increasingly isolated… somewhat unsettling in ways... so we added Marguerite's words to the film echoing the silent experiences of the little girl.”

The video director Jeramiah, known for his work with REM, Tinariwen, Jane Birkin, Piers Faccini, Dom La Nena to name a few, adds, “This film was shot between Paris and Lisbon on Super8, like family home movies in the old days used to record some moments of their lives - often vacations or birthdays, on a few rolls of 3 minutes each not to forget later how life used to be. A few precious images would attest to a whole lifetime. The celluloid film that the Super8 uses, is expensive and difficult to handle, so the gesture of filming ends up being very different from shooting digital. It’s not that we film only the most important moments, but we transform these moments we film into the most important and precious ones.” He explains, “I wanted this film to draw upon daily life and to treat these moments as the most precious things, the seconds like every second of our lives is, which we tend to forget as Marguerite Duras in the film implicitly suggests. She speaks of an era she could only guess about, but which became reality very quickly.” He continues, “We now can only guess what the next step will be and how it will change us again, certainly even faster. What we do know now is that time flies when we are scrolling through, and that we might wake up one day, close to the end with the knowledge we have spent most our days in front of a screen.”

The new song comes out on the heels of the multi-lingual lead single ‘Oiseau Sauvage,’ out now. The album, Tempo is La Nena’s third full-length release, after 2013’s critically acclaimed Ela, and her internationally-flavored indie-folk collection called Soyo in 2015. With its blend of pop, world, and chamber music, you may hear Tempo as a response to, or a respite from, difficult times.  And you wouldn’t be wrong, although La Nena says that wasn’t intentional. “Composing and writing are is a mysterious and very unconscious process for me. Everything in my life is a source of inspiration and has had an influence on my music and lyrics. Since I’ve become a mother, it has raised a lot of questions about the value of time and life. Consequently some of these questions are very present on the album: birth, anticipation, aging, death” comments Dom La Nena.

With the new album, the Brazilian-born, Paris-based artist, Dom La Nena, has created a series of small, crystalline moments – sometimes sunny, often dreamy, and occasionally laced with that beautiful nostalgia the Brazilians call saudade. Tempo marks the return of a distinctive and exceptional musician. It’s about time.