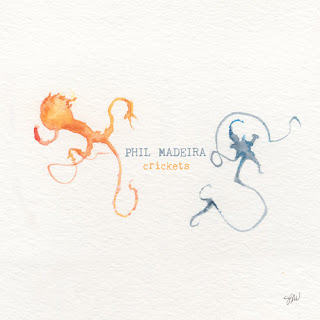 He’s a Nashville mainstay, a seminal Americana music pioneer with Grammy-winning credentials as a singer-songwriter, multi-instrumentalist, producer and arranger yet his unexplored desire was his passion for jazz. Phil Madeira finally indulged his long-beckoning muse when he recently dropped his first instrumental album, “Crickets,” a collection of ten original compositions set in the context of a quintet anchored by astute jazz piano rendered in a production palette redolent of 1950s-60s straight-ahead jazz.

Known for being a lyrical writer, Madeira titled “Crickets,” his eighth solo disc, as a playful reference to his first album without words. His piano romps of swinging acoustic jazz take structure from the rhythmic support of drums and upright bass and are enriched with bluesy guitar and saxophone harmonies. Stylistically, “Crickets” possesses cool vintage appeal along with earthy, organic elements. Initially, Madeira thought he was creating music for use as film scores. When he realized the material had become quite personal in nature, he, with encouragement from the album’s co-producer, Sirkka Svanoe Wood, he expanded the pieces into full-length songs.

Normally heard in the company of Garth Brooks, Emmylou Harris, The Civil Wars, Elvis Costello, Alison Krauss, Toby Keith, Amy Grant, Mavis Staples, Keb Mo’, Bruce Hornsby and Vanessa Williams, Madeira’s honors include Grammy, Dove, ASCAP and Nashville Music Awards. In April, he was inducted into the Rhode Island Music Hall of Fame, his home state. He will be leading his Mercyland Songwriting Workshop in Hot Springs, NC later this month, which is an intensive retreat for songwriters.