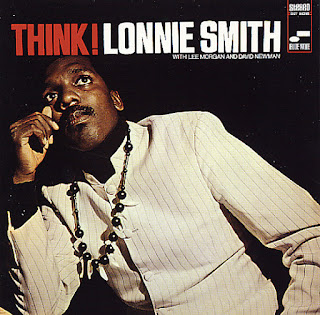 A seminal album from Hammond giant Lonnie Smith – a bold statement that really gives the organist his own identity after some killer work in the combos of Lou Donaldson and George Benson! Lonnie's one of the key flag-fliers of the new style of funky organ jazz – a mode different from the earlier styles of Jimmy Smith or Jimmy McGriff – leaner, cleaner, and often tied heavily to the drums – which, in this case, are handled by Marion Booker Jr, but in a way that recalls some of the Idris Muhammad greatness on other Blue Note albums of the time. The mighty Pucho (of Latin Soul Brothers fame) plays added timbales, and there's also two more conga players – ensuring a tight, yet complex sort of groove – and the frontline features Lee Morgan on trumpet, David Newman on tenor and flute, and Melvin Sparks on guitar. Tracks are long, with complicated rhythms – and soulful yet sophisticated solos to match – and titles include the seminal "Son Of Ice Bag", a great cover of "Think", and the tracks "Slouchin", "Call Of The Wild", and "Three Blind Mice". ~ Dusty Groove 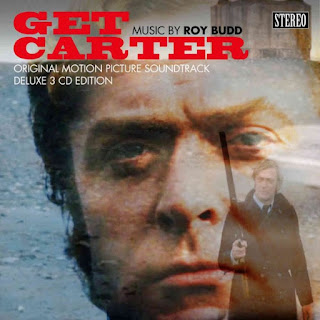 Maybe the greatest moment ever from Brit soundtrack genius Roy Budd – an artist who started with his roots in jazz piano, but who really explodes here in a range of groovy styles! The main title is an incredible blend of Eastern percussion and moody jazz – and other cuts bring in some trippier elements, mixed with funkier bits and warmer moments – all at a level that have Budd even outdoing the best late 60s work by Lalo Schifrin! The keyboards are often at the forefront – either acoustic or electric – and the album's got so many groovy grooves, with such variety, it's got a feel that's much richer than the usual soundtrack set. Titles include "Love Is A Four Letter Word", "Carter Takes A Train", "Looking For Someone", "The Girl In The Car", "Livin Should Be This Way", "Manhunt", "Goodbye Carter", and "Hallucinations". This fantastic 3CD set is overflowing with greatness! First, the whole thing comes in a heavy book-style cover – with dozens of pages of notes, photos, and images from the film – and CD2 features 18 more rare mixes of songs from the film – a great addition to the 22 tracks on CD1 – making for a whopping 40 tracks in all. CD3 features 19 more Roy Budd grooves, mostly from soundtracks – songs that include "Mr Funker", "Diamond Fortress", "No Cooperation", "Cassette Jazz", "How Can We Run Away", "Fear Is The Key", "Who Needs Love Anyway", "Versailles Exit", and "Jazz It Up". ~ Dusty Groove 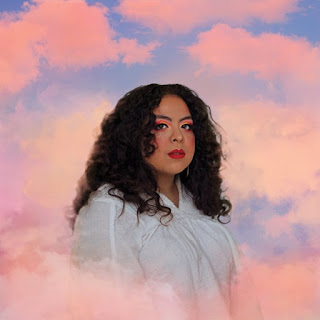 Kaina – Next To The Sun

A soaring effort from Kaina – one we're sure to remember as a major creative statement from a versatile singer and as a vital snapshot of a burgeoning era in Chicago's indie soul scene! Kaina's triumph here is the way she sets up a dreamy mood that holds throughout the album – wherein her layered vocals carry it along as if on a wave – then takes it to an even deeper level thanks to her soulful lyricism. She's got a good creative partner in Sen Morimoto, whose roots in genre defiant jazzy hip hop production are used to such hypnotic effect behind Kaina's beautiful voice. Next To The Sun coming out so soon after similarly fresh and inspired material from fellow Chi voices like Jamila Woods, it feels like the dawn of an era! Includes "House", "Ghost", "Next To The Sun", "What's A Girl", "Waiting On A Day", "Joei's Secret", "Could Be A Curse" feat Sen Morimoto", "So Small/So Vast" and "Green". ~ Dusty Groove