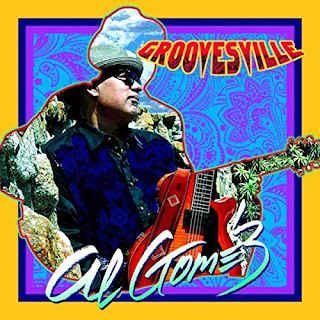 Known as one of the most versatile guitarists in Texas, Al Gomez has brought a little of everything – Tejano, country, rock and R&B – into his emergence as a formidable Smooth Jazz artist. Losing his vision in 2016, Al entered a new era in his life and career now more reliant on sound playing than sight playing, he turns adversity into triumph on his perfectly titled new EP Groovesville. With crisp, fluid lines that may remind listeners of Norman Brown or George Benson, he crafts a tight, melodic, light funk mix of cool ballads and moody mid-tempo delights. Complementing the originals are imaginative covers of a Little River Band classic and a beautiful late 70’s Kenny Loggins tune.  ~ www.smoothjazz.com 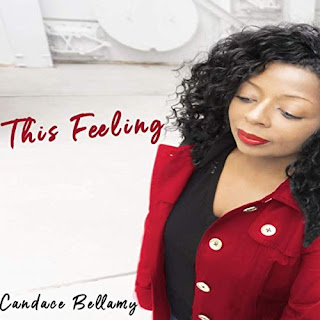 A fresh, powerfully soulful presence on the Smooth Jazz scene, physician by day, soul singer by night Candace Bellamy’s new EP, the gorgeously produced This Feeling, indeed feels like a heartfelt revelation. In only three tracks, she artfully portrays the bleakness of heartbreak, the wonderful promise of a lifelong love and, via a breezy reworking of a Roberta Flack classic, the sensual intensity of love in full bloom. In 2018, she had the opportunity to portray the legendary soul singer in a production of “The Voices of Donny Hathaway” in her adopted hometown of Austin, TX. Broadwayworld.com called her performance “a stellar turn as Roberta Flack.” Allow yourself to feel This Feeling, and you’ll feel exactly as we do about Candace! ~ www.smoothjazz.com 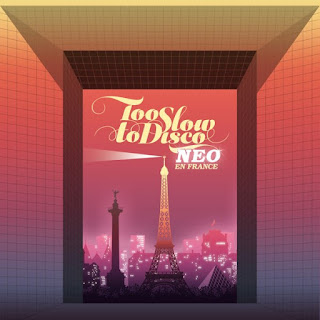 One of the coolest volumes in this always-great series – and one that's a bit different than the rest, and not just because the music is all in French! Previous editions all focused on older music from the glory days of AOR and smooth soul production – but the tracks here are all contemporary, and really show what a fantastic amount of great music has been coming out of the French scene in recent years – music that draws on more than enough 70s and 80s elements to be included in this series, but which also has this very fresh vibe that's completely wonderful – making the compilation the kind of spark that should ignite a whole new fire in your listening landscape. We'll be honest in saying that although we think we pay attention to contemporary French work, most of these tracks were new to us – which is wonderful, and really has us loving tunes that include "L'Amour Tout Nu" by Catastrophe, "J'Essaie" by Ricky Hollywood, "De La Vitesse A L'Ivresse" by Poom, "Feel Better Now" by Jean Tonique, "Aionois" by Bleu Toucan, "Instantane" by Paradis, "La Route De La Trace (Pieuvre rmx)" by Chassol, "Retiens Mon Desire" by Clea Vincent, and "Les Choses Qu'On Ne Peut Dire A Personne (DJ Supermarkt & Jack Tennis romantic slo-disco rmx)" by Bertrand Burgalat. ~ Dusty Groove