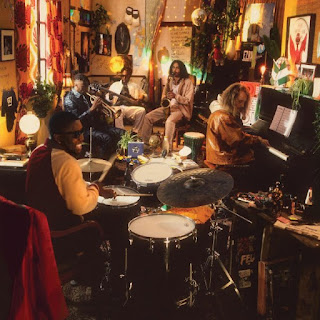 Ezra Collective - Where I'm Meant To Be

Ezra Collective are a group who've been burning up the British scene so much in recent years, they've barely had time to give us a full length album – a situation that's more than corrected by this well-done set! The combo are often tied to some of the best jazz experiments in London of the past decade or so, but in the true fashion of that city's culture, they manage to weave together other strands of music besides jazz – plenty of post-colonial touches from Afro Funk, dub, and even hip hop – while also standing strong with the strength of jazz-based playing to set them apart from so many other groups who just jumble together influences and spill them out in the studio. There's a rock-solid quality to the overall presentation here – a really unified records that moves through tracks that include "Victory Dance", "Live Strong", "Ego Killah", "Togetherness", "No Confusion", "Never The Same Again", "Love In Outer Space", "Belonging", and "Welcome To My World" – plus a few words from Steve McQueen! ~ Dusty Groove 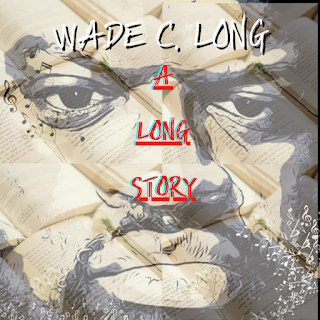 Vocalist-keyboardist-producer Wade C. Long has A LONG STORY to tell, and he's invited some of his most musically talented friends along to help turn the pages. Following the release of its lead single "Electricity" earlier this year, A Long Story arrives on streaming and retail outlets January 6, 2023. The new album is Wade's sophomore LP and it includes a duet with the iconic songstress Hil St. Soul. "Celebrate You," a danceable piece with all the makings of a classic love anthem will be released as a single in February, just in time for Valentine's Day. Another single, "Trin's Jam," is an Acid Jazz gem featuring Billboard Smooth Jazz chart-topping bassist Christian de Mesones. Wade also teams up with frequent collaborators, rapper Jaeigh Sherwood, and guitarist Andres Coca for the dance club-friendly "Take You Out." A Long Story is a brilliant mix of head-nodding grooves, sultry ballads, and thought-provoking culturally conscious tunes reminiscent of an era gone by. 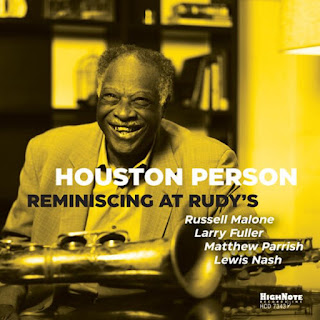 Tenor giant Houston Person cut many albums over the years at the legendary studios of Rudy Van Gelder – and here, even though Rudy's passed on, Houston's in a very comfortable setting – blowing these wonderfully easygoing-lines on the tenor, with the kind of backing that always seems to have him at his simple, unadorned best! The group's a quintet – with Russell Malone on guitar, Larry Fuller on piano, Matthew Parrish on bass, and Lewis Nash on drums – the latter of whom takes a surprisingly great vocal turn on the tune "Nothing Ever Changes My Love For You" – then leaves Person and the other instrumentalists to do all the "singing" on other tracks – soloing nicely on "Reminiscing At Rudy's", "At Long Last Love", "Again", "Moon River", "I'll Let You Know", and "Put Your Head On My Shoulder". ~ Dusty Groove 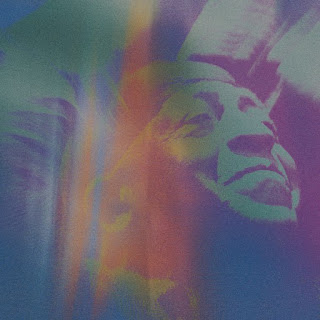 It's been many years since Ural Thomas recorded his first soul single – and if anything, the passage of time has only made his voice sound even more wonderful – with a contemporary richness that we never would have heard back at the start! The set's not the first "comeback" album that Ural has cut with his younger group, The Pain – but it may well be the one that pushes him over the top, and gets the singer the sort of newfound global attention he finally deserves after all these years! Titles include "Heaven", "Gimme Some Ice Cream", "Second Dimension", "Apple Pie", "Ol Safiya", "El Ey Em Eh", "Do You Remember The Times", "Hung Up On My Dream", and "My Favorite Song". ~ Dusty Groove