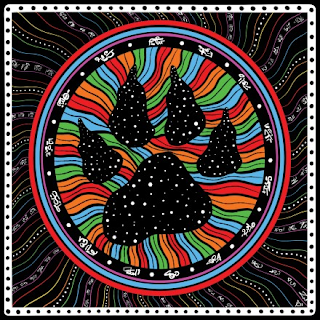 Atalaya is new work by bassist Dezron Douglas, and it is alive. That is, ‘alive’ in all the ways that jazz is at its best – as a pure and personal expression of Black Music channeled through time-honored traditions by a group of musicians who practice sonic coherence through musical unity. As Dezron puts it in the opening statement of his liner notes for the album: “Mysticism, Magic, Faith, Love, Power, Discernment! These are words that embody the creative process of Music.”

Followers of contemporary jazz might recognize Dezron for his bass work behind Pharoah Sanders, Louis Hayes, or Ravi Coltrane. Steady International Anthem listeners might remember him from the New York side of Makaya McCraven's Universal Beings. More recently we presented Force Majeure, Dezron’s sublime duo record with harpist Brandee Younger, which compiled the best of livestream performances from their Harlem apartment during the original covid lockdown. That album, which came out in December of 2020, reflected the speed and feeling of the moment while somehow simultaneously distracting from the harsh reality of it. It also captured a very vulnerable, intimate, and real impression of Dezron on double bass, sharing his power and truth without abandon.

Atalaya, similarly, wasn’t processed in the lab, but rather, captured in the room. The realness factor is once again forefront in the sound; but the difference is in the energy and ambition of the music, which reaches for the stratosphere. Again, let’s defer to Dezron here: “Welcome to the Black Lion rocket ship.”

With Emilio Modeste on saxes, George Burton on keys, and Joe Dyson Jr. on drums, Dezron’s crew summons the dynamism of Coltrane’s classic Quartet, or Dave Holland’s Quintet on Prime Directive, or Charles Mingus on Nostalgia In Times Square… swinging virtuosically and firing on all 4 cylinders. But there’s nothing remotely revisionist here – Dezron and his quartet embody poetry, presence, artistic and emotional clarity in every note they play. Free and dissonant, sweet and consonant, sweeping and pure… This is the band you hope is playing every time you walk into a club.

Hartford, Connecticut-born bassist, composer, bandleader, and educator Dezron Douglas has established himself as a major force in contemporary creative music. A protégé of the great Jackie McLean, the Downbeat Magazine 2019 Rising Star is known for his work with Pharoah Sanders, Ravi Coltrane, Cyrus Chestnut, David Murray, Louis Hayes, Enrico Rava and also with piano legends George Cables, Eric Reed, Mulgrew Miller and Benny Green. In 2018, he appeared on the New York Side of Makaya McCraven’s Universal Beings. During the original covid lockdown in 2020, he live-streamed a series of duo performances with his partner Brandee Younger from their Harlem apartment, which were collected and released by International Anthem as the critically-acclaimed album Force Majeure. In 2021, Douglas produced Younger’s Impulse Records debut Somewhere Different, which earned her a Grammy nomination. Also in 2021, Douglas joined the Trey Anastasio Band as a full-time member. He has recorded on more than 100 albums, contributing to the artistry of numerous band leaders and maintaining an integral presence in the sounds of his peers, including Keyon Harrold, Jonathan Blake, Melanie Charles, Makaya McCraven and Brandee Younger. Douglas is an active music educator, currently on the Jazz Studies faculty at NYU Steinhardt.