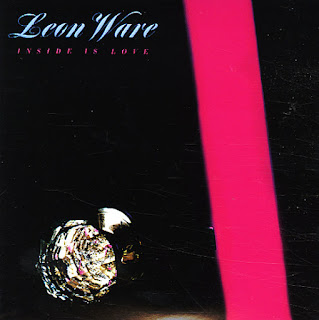 Leon Ware - Inside Is Love

A great moment in the career of the mighty Leon Ware – a set recorded after his famous 70s work for Motown, and before his return to fame at Elektra – but still with a super-tight quality that shows that Leon was always great, no matter what the setting! Leon's warm, mellow, and totally right on the money here – serving up some wicked midtempo grooves that sparkle way more than most of his contemporaries – and which even rise above most of the other work on TK records at the time! Ware wrote and produced the whole set himself – with that masterful studio approach that first rose to prominence on Marvin Gaye's album I Want You – and like that classic set, the whole thing here is great – never a clunker or a bit of filler at all. Titles include the great "What's Your Name" – an extremely catchy two-step number, with a hook that will ring in your head long after the track is over – and other cuts include "Inside Is Love", "Try It Out", "Club Sashay", "Inside Your Love", and "Love Is A Simple Thing".  ~ Dusty Groove 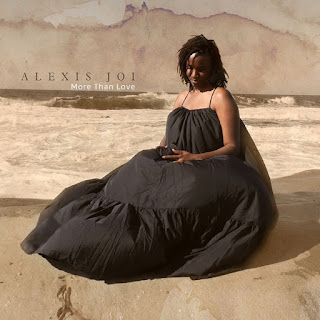 Alexis Joi, one of San Diego’s most polished voices, has released her latest musical project to the world, “More Than Love”. More Than Love is Alexis’ first Jazz project featuring pianists Ron Kobayashi and Irving Flores, bassists Henry (The Skipper) Franklin and Will Lyle, drummers Al Williams and Julien Cantelm, Nolan Shaheed on trumpet, and Louis Venezuela on guitar. This album consists of seven Jazz standards and four original songs. With strong vocals and masterful musicianship, this album is an instant classic. The album’s title and second single, “More Than Love” was written by Alexis Joi’s husband Isaiah Ham. The arrangement of the music was masterfully provided by producer and bassist Kevin Cooper. Cooper also provided production for the titled track “Stay Right Here” and also produced and wrote titled track “Springtime”. The final track on the album, “Philanthropy”, is a tune written by Phil Morrison and also can be found on Mikole Kaar’s project “Turning East”. More Than Love is an amazing collection of standards and new Jazz tunes. Joi’s use of Gospel, Classical and Operatic training offers a unique interpretation of America's greatest art form, Jazz. Alexis Joi will have touring dates to follow. 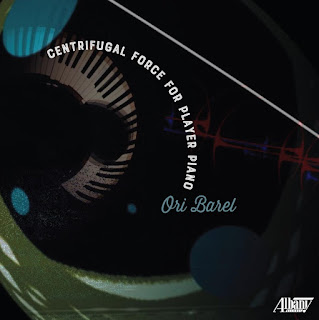 Albany Records has released a new album from composer Ori Barel featuring music for Player Piano. Featuring Barel's 4 part composition Centrifugal Force, a work inspired by robotic art, Barel comments: "We live in a culture where things happen extremely fast and so much information is condensed. I wanted to create a piece that would explore that aspect of our culture using elements of traditional and free jazz as well as silent film music, culminating in a musical fusion of today's technological world with pieces of the past. Using the player piano, I explored rhythms and tempos that would have been impossible for a performer to play accurately. To create a twist on this aesthetic, some sections of the piece accentuate the machine element and others sound like a performer is playing. This interplay between extreme fast and slow speeds fascinates me: an automated world contrasting a fake manual world."