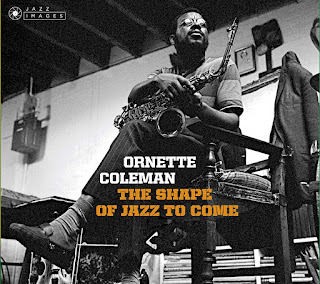 Ornette Coleman – The Shape Of Jazz To Come

Presented here are three seminal albums by the great Ornette Coleman (1930-2015): The Shape of Jazz to Come, featuring the debut of the splendid piano-less quartet with Don Cherry, Charlie Haden and Billy Higgins; Change of the Century, with the same personnel, and Something Else!!!!, which marked the debut recording by the Ornette Coleman Quintet, also showcasing Cherry and Higgins. THE SHAPE OF JAZZ TO COME ****(CROWN AWARD) PENGUIN GUIDE TO JAZZ: Brash as the titles are, the music is surprisingly introspective and thoughtful. Most of the essential Coleman pieces are to be found here, though interestingly only one of them--'Lonely Woman'--has ever come close to repertory status. (Richard Cook & Brian Morton) *****ALL MUSIC: THE SHAPE OF JAZZ TO COME Any understanding of jazz's avant-garde should begin here. (Steve Huey) *****ALL MUSIC: CHANGE OF THE CENTURY An absolutely essential purchase and some of the most brilliant work of Coleman's career. (Steve Huey) ****ALL MUSIC: SOMETHING ELSE!!!!This record swings from the rafters of the human heart with the most unusually gifted, emotional, and lyrical line since Bill Evans first hit the scene. (Thom Jurek). 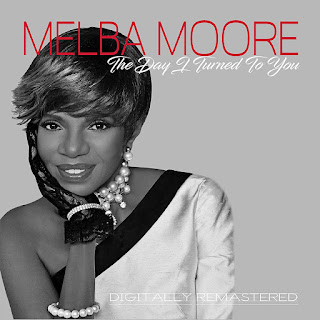 Melba Moore – The Day I Turned To You

Melba Moore is an American prolific five-octave, four Grammy-nominated Singer and Tony Award-winning actress. Broadway, contemporary Soul/R&B, Pop, Rock, Jazz, Gospel, and Classical Melba Moore was destined to be a star! It could have been her Grammy-nominated cover of the Aretha Franklin classic Lean On Me or her Tony Award-winning performance as LuttieBelle GussieMae Jenkins in Purlie that solidified her place in America's hearts, or when she became the first African-American woman to perform the role of Fantine in Les Misérables. She scored a string of Billboard charted hits - eight Top 10 R&B hits including two #1 smash hits and four Grammy nominations, AMA Nominations, and rewards received including a Tony Award, Ellis Island Award, Artist Guild Award, Trumpet Award of Excellence, NAACP Spingarn Award and History Makers Tribute. In the '80s and '90s, Melba Moore gifted us with classic jams like Lean On Me, This Is It, You Stepped Into My Life, Love's Comin' At Ya, Livin' For Your Love, Falling and A Little Bit More a #1 duet with Freddie Jackson. Melba Moore's produced a version of Lift Every Voice and Sing which was entered into the United States Congressional Record as the official Negro National Anthem in 1990, was just named an American Aural Treasure, by the National Recording Registry of the Library of Congress for Ms. Moore's co-produced recorded rendition of the anthem. Music is what God allows me to do declares Melba Moore. 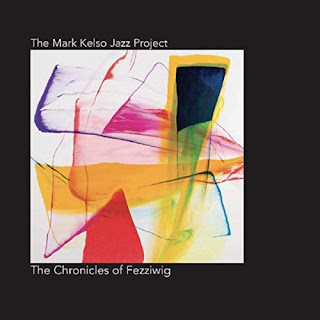 The Mark Kelso Jazz Project - The Chronicles Of Fezziwig

Mark Kelso is an award-winning Jazz drummer who has worked with artists such as Donny McCaslin, Pat Metheny, Holly Cole, Gino Vannelli and numerous others. As the leader of the Juno nominated Jazz Exiles, Mark is no stranger to the world of music. Playing in every genre from Jazz to Pop to Latin to Orchestral, Mark has been able to finesse his technique as a drummer and composer, as well as open himself up to a wide variety of influences. The Chronicles of Fezziwig is the new solo project from Mark Kelso. Featuring all original music, this project is a departure from the Fusion styles of the Jazz Exiles, and instead explores a more traditional style. It once again shows the versatility of Mark Kelso as a musician, composer, and leader.