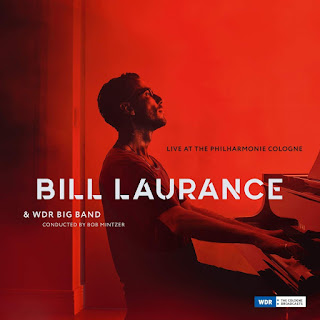 Recorded in front of an enthusiastic audience at the Philharmonie concert hall in Cologne, Germany, and powered by the renowned 18-piece WDR Big Band under the direction of principal conductor Bob Mintzer (renowned tenor saxophonist, longtime member of the Yellowjackets) this adventurous outing finds Snarky Puppy pianist Bill Laurance re-imagining previously recorded works on a much grander scale. "I always imagined these compositions to be played by an orchestra, and it's a rare opportunity to have your music realised with a large ensemble of this calibre," said Laurance. In some ways an extension of Snarky Puppy's orchestral collaboration with the Netherlands Metropole Orkest on 2015's Grammy-winning Sylva (Best Contemporary Instrumental Album). Cinematic in nature with surprises around every turn of the page, 'Live at the Philharmonie', Cologne is easily Laurance's most adventurous outing to date. As Jazz Journal put it: "If jazz is to continue to appeal to future generations then it needs people like Bill Laurance to renew its relevance 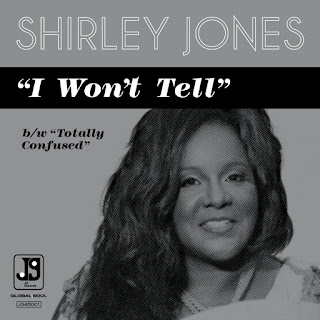 I have so many absolutely wonderful memories with my sisters Brenda and Valorie aka The Jones Girls. When we started this journey as kids singing gospel music as background singers for our mom Mary Frazier Jones , our goal was always to uplift people and make them smile and feel good. I miss them terribly. Since Brenda’s untimely tragic death I am on a mission to do a tribute album to them that encompasses well produced songs, with real life story lyrics , real instruments and beautiful harmonies that will make people smile and just Feel Good. This kick off single is a remake of one of my personal Jones Girl favorites Who Can I Run To? I wrote new lyrics to it. I will let my best sister friend Jean Carne Tell you what she thinks about it. Ladies and Gentleman presenting I Won’t Tell the first single from the Tribute album to my sisters titled In Loving Memory coming in 2020. Enjoy and please keep me in your prayers as I continue to work on the rest of this project to bring to the world to honor Brenda and Valorie Jones. Love and Blessings to you all. ~ Shirley Jones. 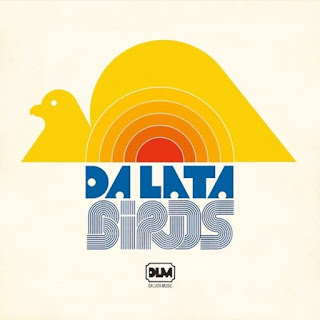 The first album in more than a few years from Da Lata – a set that has the core group winnowed down to Chris Franck, but which seems to open up the sound even more than before! Everything we've ever loved about Da Lata is in place here – that special sound that filters together bits of jazz and Brazilian elements with a London sort of focus – but there's also a wider globe's worth of musical elements in the mix, and the instrumentation is more live and less programmed – which makes for a warm, wonderful style all the way through! In a way, this might be the record we've always wanted Da Lata to make, and it has us falling in love with them all over again – with Chris Franck on a host of instruments – at the helm of a mighty lineup that features contributions from Mike Patto on keyboards, Matt Cooper on Rhodes, and Bembe Segue, Vanessa Freeman, Diabel Cissokho, Syren Rivers, and others on vocals. The songs are positive, and soaring with spirit – on titles that include "To B", "Thunder Of Silence", "Oba Lata", "Lunar View", "Sway", "Dakar", "Mentality", and "Memory Man". ~ Dusty Groove