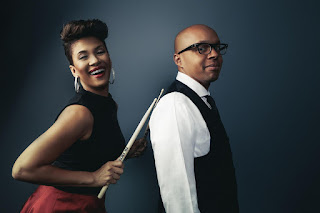 Harlem Stage, the legendary uptown venue that for over 35 years has promoted the creative legacy of Harlem and artists of color from around the corner and across the globe, is proud to present its Fall 2019 season of performances. The season is curated by Monique Martin, Director of Programming for Harlem Stage, and will celebrate the centennial legacy of the Harlem Renaissance. This season also welcomes legendary rock goddess, Nona Hendryx, as the Artistic Director for Harlem Stage’s new year-long initiative focusing on Sun Ra and Afrofuturism. The initiative will present performances that interweave music, technology, literature and dance to celebrate the legacy of visionary and pioneer of Afrofuturism, Sun Ra, along with the contributions of the countless artists he has inspired. Through these two powerful themes, which will carry into the 2020 season, Harlem Stage will reflect on and celebrate the past, present and artistic future of Harlem and explore how the Harlem Renaissance continues to be a rich source of inspiration across the globe while Afrofuturism continues to push the boundaries of our artistic imagination.

On December 5th, Harlem Stage in partnership with Carnegie Hall Citywide will present a FREE concert from two-time Grammy nominated, The Baylor Project. The Baylors will raise the audience up and inspire them to clap along as they entice ears with the swinging mid-tempo tune of original compositions and new arrangements of classic pieces.

The Baylor Project is the husband-and-wife team of vocalist Jean Baylor and drummer Marcus Baylor.

The collaboration is deeply rooted in the heart and soul of Jazz, with influences of gospel, blues, and soul.

Their debut CD "The Journey" released on their own label, Be A Light, topped the Billboard Jazz Chart at Number 8 and a year later garnered 2 Grammy nominations for Best Jazz Vocal Album and Best Traditional R&B Performance.

Jean Baylor is well-equipped with an agile mezzo-soprano range and combines a fresh, whimsical approach to phrasing with clever improvisation resulting in singing of such vocal purity that it embraces the soul. She has performed with such stars as Marcus Miller and Buster Williams. Marcus Baylor is a former member and drummer of the Grammy Award-winning jazz quartet “Yellowjackets,” and since then has come into his own as a composer, arranger, producer and bandleader. He has previously performed alongside Cassandra Wilson, John Scofield, and Kenny Garrett, among others.