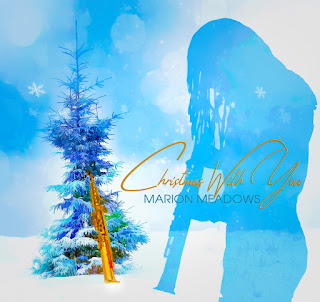 Marion Meadows – Christmas With You

Marion reaches back to his childhood for the inspiration that fuels his debut Holiday album “Christmas With You.” Marion teams up with veteran Producer Rhani Song to record an album that has something for everyone… “Rhani Song and I decided to get together and create something special. The result is a body of work, musically familiar yet surprising in many ways. We even went back with some moody tenor on ”Silent Night “and ”We Three Kings” and invited stellar guitar guests like Norman Brown and Perry Hughes, along with Blake Aaron, Wayne Gerard and Eric Leone. Also joining me were bass greats Chip Shearin and Will Gaines along with Harmonica virtuoso Julian Davis. Band mate, Will Brock offeres up a great arrangement of the classic God Rest Ye Merry Gentlemen. Up and coming star Trez co wrote and sang on the title track “Christmas With You”. And Gail Jhonson pens a very cool arrangement of “The First Noel”. New comers Corey Jarell and Anetra Rene shine on the song “Christmas On The Radi”. 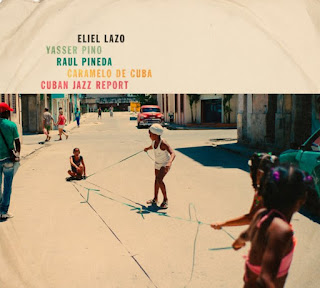 A tight set of Latin jazz, and very much in the spirit of the title – featuring a quartet led by percussionist Eliel Lazo, recorded with some great chorus vocals from the members of the group! The record's not nearly as rootsy or slavishly classic Cuban as others of this nature – which means that the whole thing explodes with all these fresh colors and rhythmic changes – almost at a level that reminds us of some of the recent forays into the underground Havana scene by the Brownswood Records label! Players include Javier Gutierrez Masso Caramelo on piano, Yasser Morejon Pino on bass, and Raul Pineda on drums – and titles include "Cromason", "Havana Chants", "One Night One Song", "Nueva Amanecer", "A Cuban Blues", "Camina Y Ve", "Monday Evening", and "Para Luisa". ~ Dusty Groove 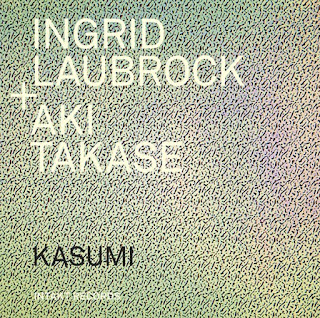 We seem to appreciate the saxophone talents of Ingrid Laubrock more and more with each new record we hear – and that's definitely the case on this beautiful session – which has her improvising these really beautiful lines alongside the piano of Aki Takase! Aki's tone is usually dark, and Laubrock almost feels as if she's counterbalancing with these colors from her horn that are sharp, but bright at the same time – this really unique voice, especially on soprano sax – which is used here in ways that are even more impressive than some of the tenor-based titles. Most tunes are relatively short, and there's almost a mix of modern, personal, and poetic that recalls some of our favorite 80s sessions on the Nato/Chabada label. Titles include "Brookish", "Chimera", "Harlekin", "Dark Clouds", "Kasumi", "Andalusia", "Scurry", and "Sunken Forest". ~ Dusty Groove