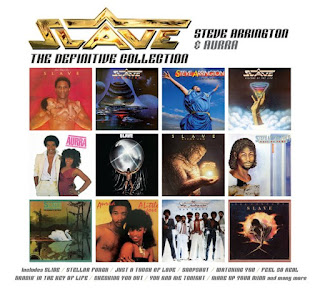 The first-ever group-spanning collection of work from the family of Slave – the late 70s funk powerhouse that was also linked to the group's Aurra and Steve Arrington's Hall Of Fame! The package is heavy on work from Slave – that bass-heavy group who really revolutionized the sound of funk in the late 70s – creating a lean groove that was tight and right on the money, and providing a perfect platform for so many new artists to leap off into the 80s! The group also boasted members Steve Washington and Steve Arrington – the former of whom would launch Aurra, a great funk group famous for their Salsoul Records material – the latter of whom was lead singer Steve Arrington, who'd enjoy a great run under his own name in the 80s! This package brings together a massive amount of greatness from everyone involved – Aurra tracks that include "Are You Single", "Checking You Out", "Make Up Your Mind", "Such A Feeling", and "In The Mood To Groove"; Steve Arrington cuts "You Meet My Approval", "Weak At The Knees", "Feel So Real", and "Dancin In The Key Of Life"; and Slave cuts that include "Slide", "Screw Your Wig On Tite", "Are You Ready For Love", "Stellar Fungk", "Feel My Love", "Shine", "Funky Lady", "Snap Shot", "Party Lites", "Life Can Be Happy", "Great American Funk Song", "Stone Jam", "Sizzlin Hot", "Watching You", "Son Of Slide", "Party Hardy", and "Drac Is Back". 44 cuts in all! ~ Dusty Groove 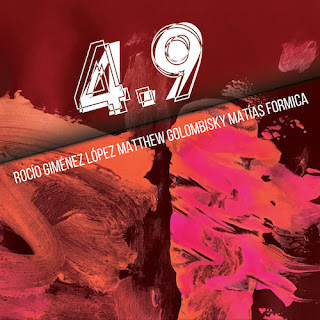 This new trio and project arises from the album Hastío y Paranoia, by Matías Formica (released on his label Numeral in 2021), in which there are two pieces recorded by Giménez López,  and Formica. After the two pieces for Hastío y Paranoia, a remaining three hours of material was left and resulted in the pieces being released here on 4.9. The idea of ​​the session had been to record spontaneous music without clear guidelines, but as the session progressed they were modified, with slight indications to generate different sound results. Matthew said out loud after soundcheck his love for playing free music and spontaneously composed pieces are something that can result in what might seem as previously worked out material. In that while we were to improvise freely, it’s ok to stop short of what is often conceived as a freely improvised piece of music; ie. it’s ok to stop after two or three minutes if the vibe is discovered, explored sufficiently, there’s not necessarily a reason to keep going… just stop and let that be the tune. All tunes (except one) are under five minutes and most are in the three-minute range, all relating to one of his ideas within the concept of “free pop”. 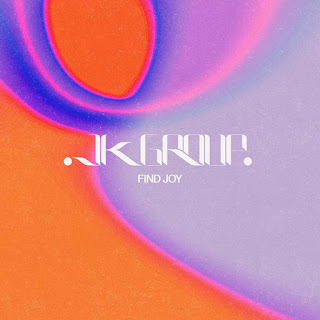 Multi-dimensional future-jazz outfit JK GROUP to release a new EP, 'Rising' on La Sape Records. The brainchild of award-winning saxophonist, Joshua Kelly (30/70 collective, PBS Young Elder of Jazz 2019), the band returns to the label with a follow up EP to the mind-bending 2021 release, 'What’s Real?' Where 'What’s Real?' served as a platform for wild experimentation, 'Rising' returns to a more considered and familiar format for the band, offering up 4 cohesive tracks that are deep in conception and expression, at once original and fresh. Conceived after recording an as yet unreleased body of work written whilst undergoing chemotherapy, 'Rising' celebrates bandleader Josh’s survival and eventual recovery from the intense treatment he received for lymphoma in 2020. The band stays true to their honed format of jazz traditions melding with influences from electronica and beyond. Like the first release, 'The Young Ones', 'Rising' sits comfortably in the crossover of raw, live jazz and electronic dance music, whilst also throwing an unexpected curveball to the listener expanding the palate of the bands sound to a pigment never before heard in their music. 'Find Joy' is the first track taken from the EP. 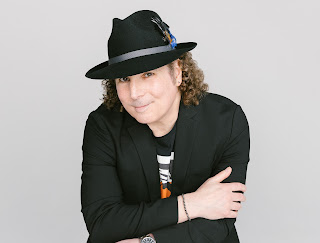 Boney James - Bring It Back

Chart-topping jazz/R&B sax player Boney James released his new single “Bring It Back”  featuring critically acclaimed composer, conductor, orchestrator, arranger, and trumpeter, Dontae Winslow.  The track is available today via all streaming services and marks the first release from James’ forthcoming 18th studio album, Detour, out September 23rd on Concord Records.  The new 10-song collection is a subtle stylistic turn that builds on the commercial success of 2020’s Solid, James’ highest charting release ever on the pop charts, peaking in the Top 10 on the Billboard 200. "It was such fun co-writing and co-producing this track with the awesome J-Mo. The old school vibe inspired the title. Also featuring a great trumpet solo by Dontae Winslow (from Kamasi Washington’s band)!" - Boney James