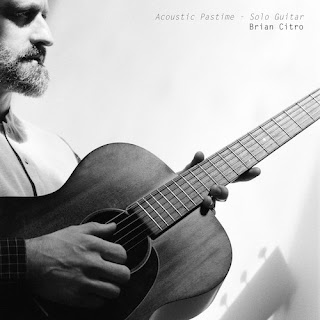 In this solo acoustic guitar album you'll hear some jazz, folk and Americana all mixed together in a relaxing sonic experience. Says Brian, “looking back now, I can see the trajectory that led from the beginning of the pandemic to Acoustic Pastime – Solo Guitar. At the time, I was grounded—literally, forced to cancel a fully planned trip to Ghana in March 2020—coping with the sudden halt in my work as a human rights lawyer and the fear surrounding the disease. So, I refocused on something I could control, things I could create despite everything—playing solo guitar, recommitting myself to writing music, and learning to record. Acoustic Pastime is the result and my first solo effort." Brian will perform a month-long album release residency each Friday in August at Chicago’s The Whistler. Says Brian's uncle and award winning poet of Monk's I Mean You: "The title reaches out for us, and this tune does the same. Brian interprets the tunes of Monk so beautifully. He lives inside them like cozy little houses with unusual windows. This song is like those days when I wake up in a good mood, my clothes are soft and warm, fit correctly on my body, and I feel capable for the day ahead; I don't feel that way very often, but I want to. What a great tune to open this album, a fitting doorway through which to begin this intimate journey together: we three: Brian, his guitar, and the listener." 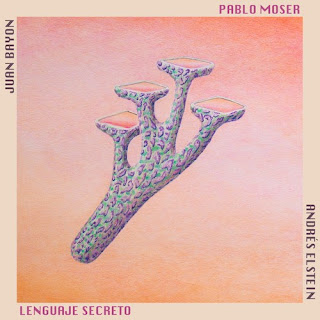 Pablo Moser is a saxophone player, composer, arranger, and educator based in Buenos Aires. In addition to leading his own project, which recorded “Mascota” (Kuai 2016) he participated in various musical projects including the groups of Pía Hernández, Juan Cruz de Urquiza, Ernesto Jodos, Marcelo Gutfraind, Paula Socrón, Pablo Diaz, Ignacio Amil, Francisco Salgado, Sebastían de Urquiza, Carlos Quebrada, Ensamble Kuai, Rodrigo Agudelo y la Salamanca, Artistry Big Band amongst others. He recorded film musical scores, participated in multidisciplinary projects, and contributed to several training courses.On this newest release, he's joined by bassist Juan Bayon and drummer Andrés Elstein.This album was recorded after two years of developing the music collectively. Musical collaborations among Pablo Moser, Andrés Elstein, and Juan Bayon go back to over a decade and a half of shared projects, and the trio consolidated after the long months of quarantine without the possibility of making music as a group. The songs were born both by the long experience and the power and joy resulting from the possibility of meeting again after the endless musical void brought by the pandemic. The music evidences the trust and complicity between the three players, as they navigate the breakneck curves, in the fresh improvisations combined with the written material and the immediate reaction to each other's proposals. The trio itself generates an optimistic secret language, eager to be shared with others. 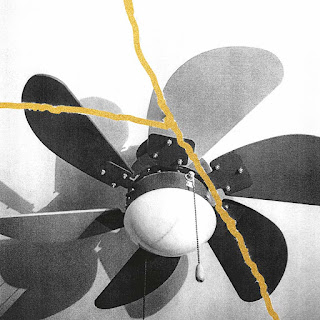 Lampen is Kalle Kalima and Tatu Rönkkö. Kalle plays guitar, Tatu plays percussions and sampler. Together they're Lampen, a duo making highly addictive "post jazz" with a musical heart far beyond genre. Call it what you will, but the main point is listening, and there's a high season for that coming as Lampen is set to release their debut album on We Jazz Records on "Kintsugi Gold" vinyl and digitally. Previously a CD-only release (Karkia Mistika Records, 2020), ‘Lampen' presents two artists who have a knack at making music which opens up with each listen, pulling you deeper and deeper. Meditative passages flow by slowly as in a peaceful river stream, erupting into full rapids of sound when the time is right. This is sonic rafting for the curious listener. 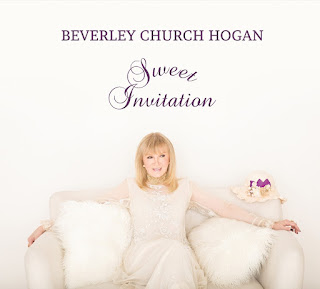 On Sweet Invitation, vocalist Beverley Church Hogan once again brings her smoky, affecting voice to a selection of romantic songs from the Great American Songbook. The album follows her 2019 release Can’t Get Out of this Mood. Making a Scene Magazine said of the album, “This is sophisticated, elegant music best appreciated free of distraction. You’ll want to listen repeatedly to appreciate the many nuances.” Although this is only Church Hogan’s second recording, the 86 year old chanteuse packs a lifetime of experience in her interpretations of the lyrics and music. Church Hogan is a storyteller, and she chose the songs on this album because of the imagery they evoke. Her forte is romantic ballads, which she approaches with elegance and sophistication. The arrangements by John Proulx, a popular singer, pianist, recording artist, and Grammy-winning composer, never overshadow her vocals, rather they set the stage for her sensitive interpretations. At 86 years old, Beverley Church Hogan has the wisdom and maturity to imbue a romantic ballad with depth and gravitas without flash or an excess of melisma. Her interpretations of the lyrics come straight from heart.  She is the kind of singer that makes you feel she has lived the stories she sings about. “It doesn’t matter how old you are,” says Church Hogan. “This is the only life we’re granted, and you have to take chances and follow your dreams no matter your age.”