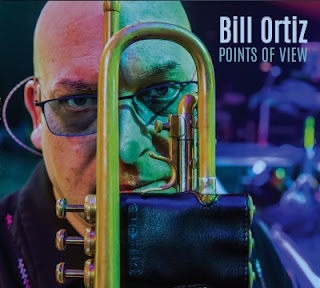 One of the Bay Area’s most dynamic multi-genre trumpeters for over four decades, Bill Ortiz recorded and toured the world with Santana for 16 years – starting with the multi-Grammy winning Smooth album – and has recorded and/or performed with legends of jazz (Herbie Hancock, Wayne Shorter, Chick Corea), Latin (Tito Puente, Pete Escovedo), rock/blues (Boz Scaggs, Buddy Guy) and R&B (Tony Toni Toné, TLC, En Vogue, Destiny’s Child). Points Of View, the title of his first solo album since leaving Santana in 2016, perfectly reflects the great array of influences and the freewheeling playing and stylistic approach he brings to a wide range of classic pieces while leading an ensemble of fellow Bay Area greats. Each of the ten pieces Ortiz re-imagines on Points Of View was chosen because he felt they would be the best vehicles to showcase his personal voice on trumpet. “At its best,” Ortiz says, “music makes people feel something. I wanted the album to feature important pieces that have been overlooked or forgotten, songs I felt could document the sounds and artists that were important to me in forming my voice while updating and bringing my personal style to them.” 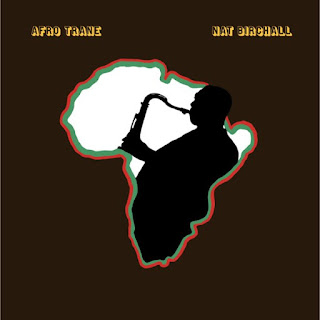 One of the most beautiful, spiritual albums ever from saxophonist Nat Birchall – and that's really saying a lot, if you know his other records! As you can guess from the title, the spirit of John Coltrane looms large on the record – and the tracks are a mix of Coltrane classics and new material by Nat – performed in these long, flowing modes that balance soulful lines on tenor and soprano with work on percussion, mbira, harmonium, piano, and even a bit of bass clarinet – the latter of which is a nod to a key moment when Eric Dolphy stepped in to the Coltrane group! Yet despite the Coltrane influence, the sound here is very original – all Nat's own, as he layers his performances on the other instruments with really well-crafted saxophone solos – at a level that feels much more like a small spiritual combo presenting the music than just Birchall alone. Tremendously beautiful – even better on record than it sounds on paper – with titles that include "Trane's Garden", "Dahomey Dance", "India", "Folk Song For Trane", "Acknowledgement", and "Afro Train". ~ Dusty Groove 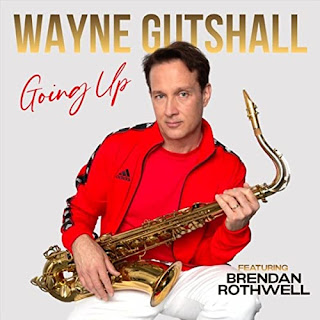 If you’re somehow not familiar with Wayne Gutshall, the guy Sandy Shore calls a “modern master of saxophone” who’s scored five #1 singles on SmoothJazz.com Global’s Listener Chart, you get another inspiring chance with his latest track “Going Up” – a passionate, meditative ballad duet with bassist Brendan Rothwell penned during the pandemic for the sole purpose of soothing our anxieties and lifting our spirits. Gutshall, a favorite on Miami’s vibrant Latin jazz scene, who’s played with Steve Oliver, Paul Brown, Arturo Sandoval and many others, offers up Rothwell’s seductive bassline to build anticipation as he rolls out the song's sultry sax melody. The two fashion a hypnotic dual-energy that balances intuitive musical conversations with vibrant soloing. And all at once you’ll find your blood pressure is going down while your hopes start “Going Up.” ~ www.smoothjazz.com 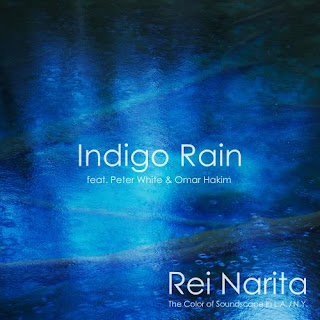 Though his latest single “Indigo Rain” is not officially part of his decade plus slate of releases under The Color of Soundscape name, composer, pianist and multiple label owner Rei Narita – the foremost pioneer of Smooth Jazz in Asia – creates a sensually soulful, gently relaxing vibe that fits right into the graceful side of his established aesthetic. A complete 180 degree turn from his rambunctious previous single “Run Through the Urban City,” this beautiful, expansive piece begins as an elegant, sparkling piano solo. It then eases into a seductive, slow-simmering groove (driven by Omar Hakim’s tasteful drumming) and a charming lead melodic back and forth conversation between Narita and the instantly identifiable guest guitar artistry of Peter White. ~ www.smoothjazz.com