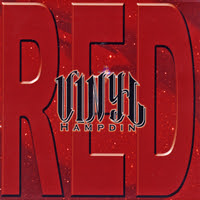 Vinyl Hampdin’s new CD “Red” is on its way to new heights as it launches its new project and website coupled with submissions in multiple categories in the 61st Grammy® Awards.

This super-group has a collection of stellar musicians that defies genre and can only be described as rocked-out seriously funky jaw-dropping ear candy with killer horns, world-class rhythm section, and a stunning vocalist.  They are a force of nature with one goal in mind and that is to create modern deep pocket sticky fun music at the highest possible level.

Group founder and composer Steve Wiest puts it this way “What would Chicago, Blood Sweat and Tears and Tower of Power sound like if they started out now?” That is the mission of this jam-packed all-star assemblage of world-renown musicians: to take the modern landscape of textures, hybrid styles and timely songwriting of the 21st Century and pour it all into the venerable tradition of the rocked out horn bands of yore.

The band consists of lead singer Lisa Dodd who is a multiple Juno-winning vocalist and bassist from Alberta, Canada. With a stellar voice described by Jonathan Widran as “sandpaper and honey”.  Dodd’s astounding vocal range is the perfect icing to the powerhouse horn section and the state-of-the-art rhythm section that gives Vinyl Hampdin its unique signature sound.

To fuel, propel and power such a mixture of stellar virtuosos the rhythm section is anchored by the former Musical Director for Maynard Ferguson and drumset artist with Doc Severinsen Stockton Helbing, including multiple Juno-winning Canadian guitarist Ryan Davidson, Eric Gunnison–former pianist with Carman McRae and The Dizzy Gillespie All Stars, with prolific producer/composer Gerald Stockton on bass.

At the center is Wiest’s compositions and originals. Wiest and Dodd team up in the lyric writing department while Wiest composes the music in a manner true to the group’s heritage. Each arrangement of well-known songs is reimagined, twisted and super-charged by the pen of Wiest.

These prolific all-stars create a unit that produces an incomparable groove that lives up to the band’s motto of “Rocked out incredibly funky jaw dropping ear candy.”

With the release of their critically-acclaimed debut project “RED” and the accompanying eleven videos directed by Grammy®-winning cinematographer Andy LaViolette, Vinyl Hampdin has hit the ground running and is beginning to spread the good word of the modern jazz-informed rock horn band.  To hear and see all of their submissions via these videos go to http://www.vinylhampdin.com/grammy_consideration/

Hugo Award-winning author and frequent David Crosby collaborator Spider Robinson says“...if Blood Sweat & Tears or Chicago or Tower of Power or Chris McGregor’s Brotherhood Of Breath had spent every second of the last 40 or 50 years in constant improvement and musical and spiritual growth, they might sound this good by now. And maybe not.” This should explain why Vinyl Hampdin seeks the support of NARAS members this year in the following categories: Best Alternative Music Album (Vinyl Hampdin ”RED”) Best Rock Performance (Pay For It”), Best Arrangement With Vocal (“Use Me”), Best Improvised Jazz Solo Ray Herrmann “(Pay For It”),and Best Engineered Album (non-classical).

“I was fascinated by the music of Vinyl Hampdin, not only did I giggle when I found out the play on the bands name ie. Lionel Hampton, I was astounded by the caliber of artistry and musicality of the blended genres.  This band should be on every jazz festival there is for the audience will go crazy with their musical interpretations for they are the perfect example that represents our NOT JUST JAZZ Movement” says Jaijai Jackson of the Jazz Network Worldwide.

Vinyl Hampdin has signed with Eric Cohen of the EC Music Agency and will be looking for touring opportunities that will give their band a chance to share its unique retro-minded, never stuck on nostalgia, classic cherished style and making it a socially and sonicly relevant and necessary part of the world today.