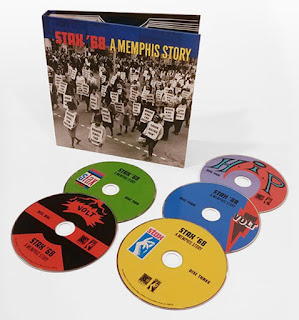 1968 was the world of revolution around the world – and to our music-trained ears, one of the greatest revolutions occurred at the legendary Stax Records! Before that year, the label had been working with Atlantic Records – who totally screwed them, and took away all their catalog – leaving Stax to start completely from scratch, and reinvent themselves as an even more righteous company in the process! Make no mistake, Stax was already a pretty great company before – the leading light of the Memphis soul scene – but in 1968, the company went back to basics, and also embraced new waves of funk and blues, freed up to go into some very groovy territory. This 5CD set documents that amazing time – by bringing together all the singles released in 1968, both a-sides and b-sides – along with a big booklet of notes and photos that not only talk about the changes at the label, but also the city of Memphis in the tragic year of 1968 – which also saw the assassination of Dr Martin Luther King. The package is overflowing with as much history as it is soul music – and features over 120 songs by artists who include Booker T & The MGs, Linda Lynell, Judy Clay, Harvey Scales, Otis Redding, The Memphis Nomads, Shirley Walton, Bar-Kays, Ollie & The Nightingales, William Bell, The Goodees, Mable John, The Epsilons, The Soul Children, Mad Lads, Charmells, Lindell Hill, Jimmy Hughes, Delaney & Bonnie, Dino & Doc, Daaron Lee, Albert King, Rufus Thomas, Carla Thomas, Derek Martin, Johnnie Taylor, and many more!  ~ Dusty Groove 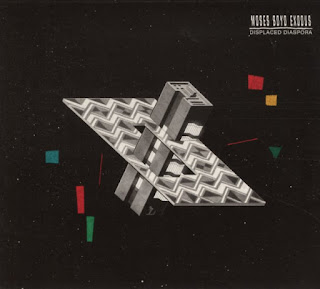 Totally wonderful work from drummer Moses Boyd – an artist you might know as half of the Binker & Moses combo – but who here really stretches out and completely finds his own voice! Boyd's a hell of a leader here – working with a large ensemble in modes that are spiritual, global, and really bursting to the heavens with new ideas – maybe almost making Moses the London scene's answer to Kamasi Washington, given the scope of his vision on the session! The group features tenor from Binker Golding, Alto from Nathaniel Facey and Sam Eagles, keyboards from Joe Armon Jones, trombone and arrangements from Nathaniel Cross (the second star of the set), and very unusual bassy lines on tuba from Theon Cross – plus some vocals from Zara McFarlane, Terri Walker, and Louis Vi – and even some added bata percussion from Kevin Haynes Grupo Elegua. The album explodes with inventive rhythms and phrasing – and titles include "Ancestors", "Marooned In SE6", "Axis Blue", "City Nocturne", "Drum Dance", "Rye Lane Shuffle", and "Rush Hour/Elegua". ~ Dusty Groove 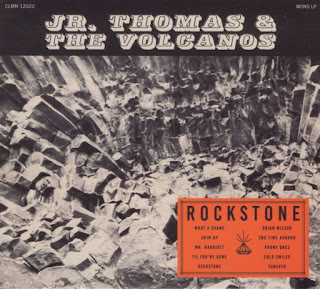 A sweet second album from Jr Thomas & The Volcanos – a contemporary group, but one who get the sound of late 60s Kingston just right! These guys are to reggae and rocksteady what the Dap-Kings are to classic funk – younger modern artists who are completely devoted to finding the right style of performance and production to hit the sorts of great grooves that just about nobody makes anymore! The Colemine label has been a bastion of contemporary funk acts of top quality – and The Volcanos are a perfect fit with their sound too – vintage for the present, and more proof that some of the best sounds around can be found when you're willing to go back in time. Titles include "Mr Harriott", "What A Shame", "Chin Up", "Till You're Gone", "Rockstone", "Brian Wilson", "Cold Smiles, and "Forever". ~  Dusty Groove.