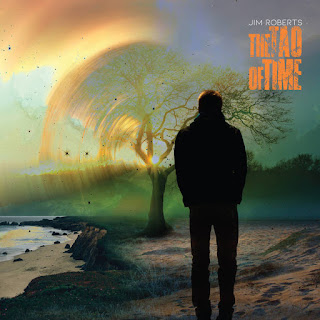 In 2006, percussionist, producer, and North Carolina professor Jim Roberts took the words of activists who've inspired him to social action over the year as a challenge to make a meaningful contribution to public discourse. He devoted years to doing something, crafting The Tao of Time (release: October 26, 2018), a concept album as diverse and unexpected as his wide-ranging musical influences. Inspired by peace activists and other agents of change--the wonderful Peace Pilgrim’s words, for example, create a pivot in the album--The Tao of Time explores the nature of time, history, human experience, and how the past can but does not have to determine the future.

“As a drummer, people often expect you to just do drum pieces, not the kind of things I’m doing here. When I began working on this record, I had a bigger vision,” says Roberts. “But I knew that I couldn’t leave the drums out. Drums, time and language are synonymous. It’s all part of the process.”

Roberts’s bigger vision unfolds over the course of interlocking vignettes guided by raucous  time-traveling seafarers, Captain Time and his Craic crew; clever covers (Marvin Gaye’s “Inner City Blues,” Iggy Pop’s “The Passenger,” along with set of variations on its themes); and original pieces tackling war and peace, past and future, life and death, and the nature of the universe. Though Roberts urges listeners to engage with the darker side of existence on pieces like “Soul Power ” and “When Will Peace Come,” the destination is ultimately hopeful and forward looking, as the words and sounds ask us to be “All That We Can Be.”